↓
UNITED KINGDOM  The atmosphere and the vibe in Cambridge are unmistakably influenced by all the great minds who have studied here. A bit tucked away in a street in Cambridge you will find the Sedgwick Museum of Earth Sciences which tells the fascinating story of natural sciences, fossils and Charles Darwin.
Ainnelise Niyvold Liundbye
This page has affiliate links (if you purchase through our links, we get a small commission at no extra cost to you - thank you!), see our Privacy Policy & Disclaimer.
Table of Contents

1. The Darwin family
2. Sedgwick Museum of Earth Sciences – Darwin
3. Where to stay in Cambridge?

A prominent scientific mind from the University of Cambridge was Charles Darwin. With his remarkable findings within natural history and his theory of natural selection, he has had significant influence on academic Cambridge. Today, a real Darwin section can be found in the Cambridge Sedgwick Museum of Earth Sciences, located in one of the streets between some of the most prestigious colleges in England. Here you can dedicate an afternoon to an amazing collection of fossils as well as Darwin’s striking findings.


1. The Darwin family in Cambridge

Myriads of punts lie in the water beneath Silver Street and in front of the naturalist, geologist and biologist Charles Darwin’s family’s former home in Newnham Grange with the adjacent Old Granary. The Darwin family previously owned the land here. In 1964 Darwin College was founded in the building named after his son, George Darwin, who owned part of the property that the college now occupies. Darwin College was Cambridge University’s first wholly graduate college and the first college to have both men and women as students.

Newnham Grange and the Old Granary have been turned into Darwin College | Photo: Travel In Culture

Inspiration for England: London in 3 Days and 12 Hours in London and Punting Guide to the River Cam

Surrounded by impressive willow trees and the tranquil water of the River Cam as a mirror, the old building has a highly scenic location. Two small islands on the Darwin College premises add to the idyllic atmosphere.

Charles Darwin (1809 – 1882) had as a natural scientist a specific interest in the development of species. His voyage on H.M.S. Beagle to South America (The Beagle Voyage) and his research studies of the animals and plants provided him with the empirical evidence and foundation of the theory of evolution. In particular, he studied the variations of species at the unique Galapagos Islands. There he made striking observations of the variation of the finches and their adaption to the various islands, as well as of the unique giant tortoises.

Based on this field work Darwin developed during the years to come a theory of natural selection and evolution over time. His striking findings were published in his book ‘On the Origin of Species’ in 1859 which has later given him world fame and recognition.

Today a large number of his remarkable finds can be seen in the Sedgwick Museum of Earth Sciences, centrally located in Downing Street. It is a real gem!

This Cambridge museum possesses two million fossils, that uniquely take us more than 3 billion years back in time, including the Darwin collection. Darwin’s records and effects from the Beagle Voyage have got their own small section which in itself fully justifies the existence of the museum. 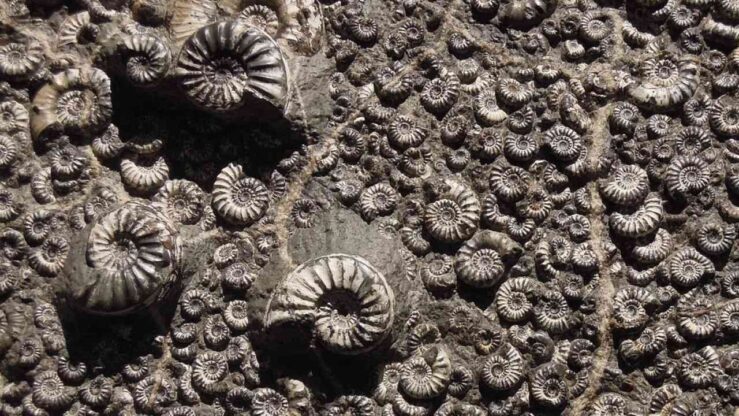 As soon as you enter the museum hall, you are not in doubt that the museum holds a significant treasure of fossils. It can actually be a bit overwhelming to explore the geological and paleontological collections here if you don’t restrict yourself to a few selected sections. The fossils and other stones are thoroughly categorised in each single display case and drawer. They are meticulously and neatly lined up after species and sizes.

In addition to the Darwin exhibition, the Cambridge museum also holds an important and impressive collection of local fossils. One of the draws is the skeleton of a huge iguanodon, an important dinosaur find which contributed essentially to the understanding of dinosaurs during the Victorian era.

Students chill with a picnic in Parker’s Piece | Photo: Travel In Culture

The relaxed student life in Cambridge blends with strong academic traditions. In Parker’s Piece, the municipal open space intersected by diagonal bike paths, children, young and elderly people relax on the lawns and on the benches. Chalk lines mark the athletics areas, as well as football and cricket fields. Two enthusiastic, white cricket teams are playing energetically. If you are not already a cricket expert, Parker’s Piece is the perfect place to watch the cricket sport and get a grasp on the rules.

Few places in the world feature the same concentration of historical colleges, churches and old stone houses as the centre of Cambridge. Wherever you glance, your eyes easily catch a couple of impressive towers pointing towards the sky.

Cricket is a favoured sport in Parker’s Piece | Photo: Travel In Culture

On the corner of St Mary’s Street and Trinity Street close to the lively Market Square, you find Cambridge University Press Bookshop with an extremely wide variety of academic literature. On the first floor you get a unique opportunity to go into depth with all science disciplines.

Science has always ranked high in Cambridge, and the books in the bookshop reflect it. Each shelf represents its own research field of mathematics, geology, biology etc. All significant scientists are present – and in several editions. This is also the case with Charles Darwin whose ‘On the Origin of Species’, as well as letters from The Beagle Voyage, we saw a glimpse of inside the museum. Along with other published studies, they are available in a wealth of alluring editions. It is only the number of books you are able to carry back home, that set a limit on how many books you end up buying in here!

3. Stay
Where to stay in Cambridge
Advertisement
Ibis Cambridge Central Station has express check-in / check-out. The hotel is located about 1.6 km from the central Cambridge. An on-site coffee shop serves chilled snacks as well as pizzas, coffee and pastries.

Centennial Hotel is located 5 minutes’ walk from Cambridge Rail Station opposite the beautiful Botanical Gardens. Rooms are elegantly decorated, and the hotel has a restaurant, bar and serves a full English breakfast.

Check out: The 9 Best Areas to Stay in London

Read next: Punting Guide to the River Cam 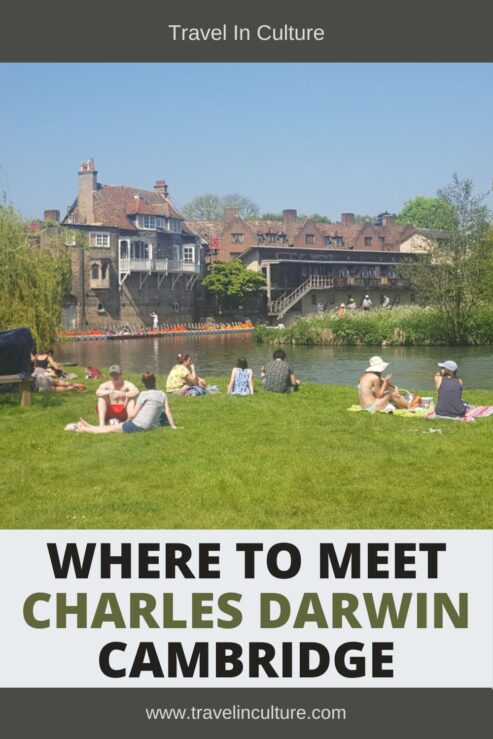 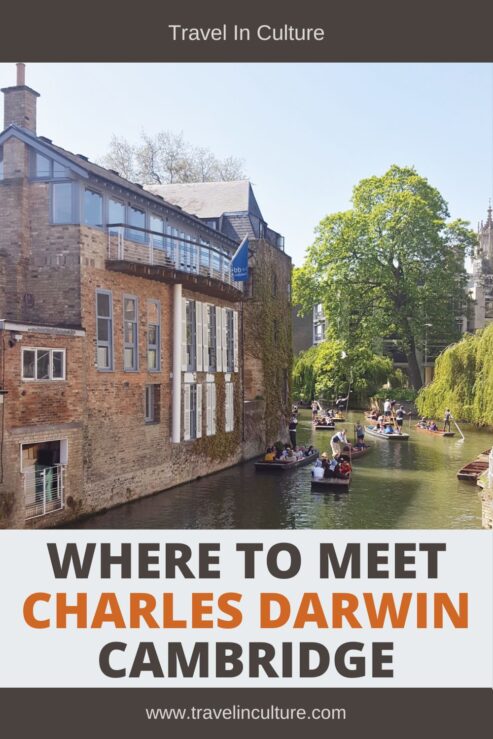 Featured image of
Which Cambridge Museum to Meet Charles Darwin:
Travel In Culture