↓
FRANCE  The Wine Route in Alsace, the Route des Vins, is the route of hidden gems – among these are Colmar and Riquewihr. Which one to visit, if you have only time for one on your trip?
Ainnelise Niyvold Liundbye
This page has affiliate links (if you purchase through our links, we get a small commission at no extra cost to you - thank you!), see our Privacy Policy & Disclaimer.
Table of Contents

Two of the prettiest winegrowing towns in Alsace are Colmar and Riquewihr. Depending on your preferences – and if you haven’t enough time to visit both on your trip – which one should you include in your Alsace wine route itinerary?

Alsace is a beautiful region full of vineyards and idyllic half-timbered villages scattered around the landscape. The region features the Alsace wine route (La Route des Vins d’Alsace) which is a popular trip to take both in summer and during the grape harvest in autumn.

Inspiration for France trip: 10 Top Sights in Paris and Where to Stay in Paris

One of the most idyllic places on the Route des Vins in Alsace is Colmar, the picturesque town also featuring the canal streets known as Little Venice due to the flower-covered façades along the canal. It has a unique heritage and history as location of merchants, fishmongers, and – still today – wine producers. 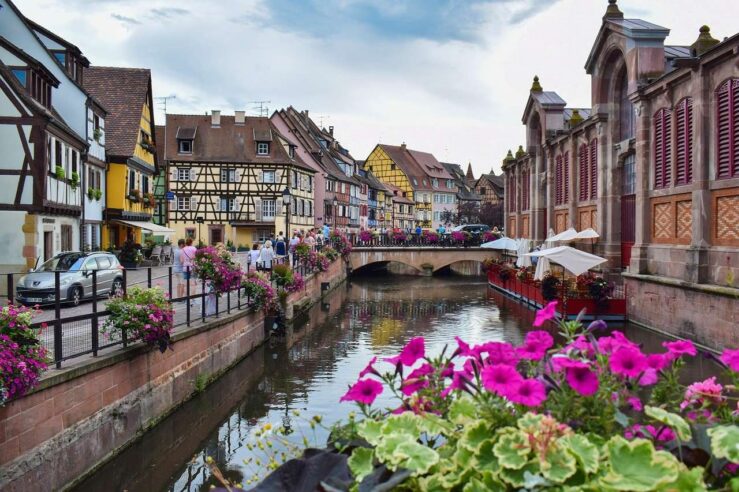 The merchants in Little Venice transported their goods by boat – the obvious way since they had their stores and houses right at the riverbanks. You could tell the type of business from the colour of their house. Merchants used one colour, butchers another and so forth – resulting in a scenic natural painting in different shades.

The river is shallow and if you rent one of the punt-like boats, you can explore Colmar and its rows of half-timbered houses from a different angle. 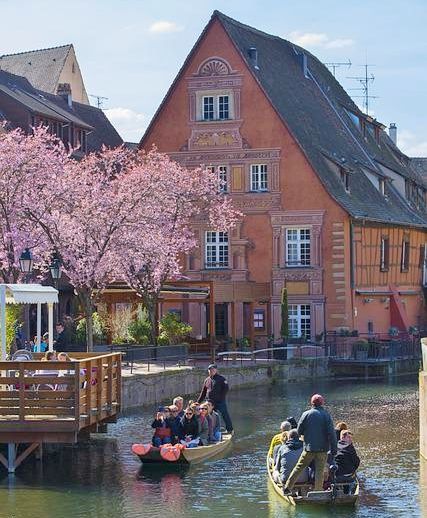 Originally, Colmar was a Roman city, Columbarium, which in the 13th century was turned into an Imperial City. It was also at this time that monastic communities and orders such as Franciscans, Dominicans and Augustinians were established in the town. Today, there are still traces of the monasteries in parts of Colmar.

In the 1600s Colmar became a Royal City of France, although still an Imperial City, and in 1698, the city became the judicial capital of Alsace. 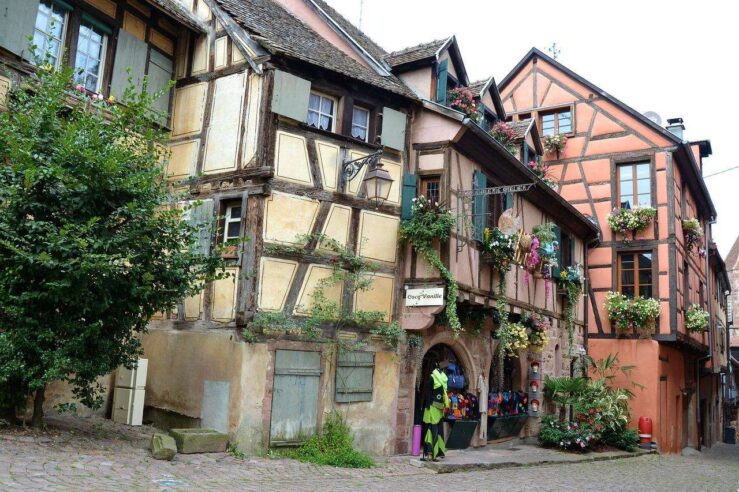 During the next centuries Colmar, together with other towns and villages in Alsace, had a turbulent time being a focal point in the disputes between the French and the Germans. Conquered by the French in 1871, it developed a French identity for a couple of centuries. This lasted until the Germans claimed the entire Alsace region in 1871. Only after World War II was it returned to the French people.

Of all the spectacular buildings in Colmar, especially the Gothic St Martin’s Church, the Pfister House with the octagonal turret, and the Koïfhus which used to be a customs house, are noteworthy constructions. 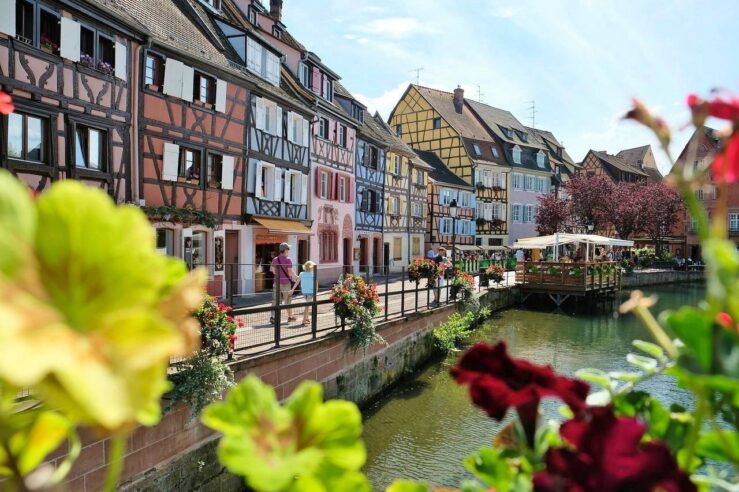 The different cultures have set each their mark on Colmar – especially when it comes to architecture and local food specialities.

Being used as inspiration for the film The Beauty and the Beast, Colmar is the most fairy-tale-like spot you can imagine – an enchanting place that does not disappoint when it comes to idyll and magic. 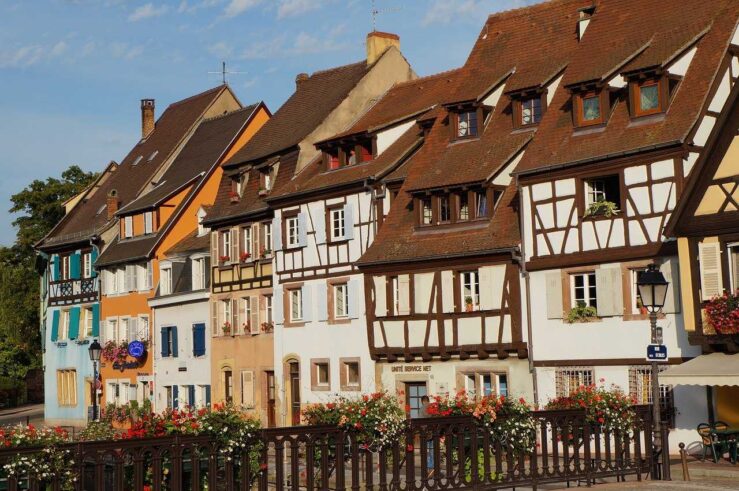 The Fishmonger’s District close to Little Venice is another historical district. It used to be the part of Colmar where the fishermen lived and operated. Anyway, a large part of the neighbourhood was destroyed in 1706 when a devasting fire ravaged in the area. Today, many of the houses have been restored back to their original appearance.

Colmar is with its surrounding vineyards also a most popular wine town brimming with local produce – and traditional tasting rooms where you can try the distinct wines. 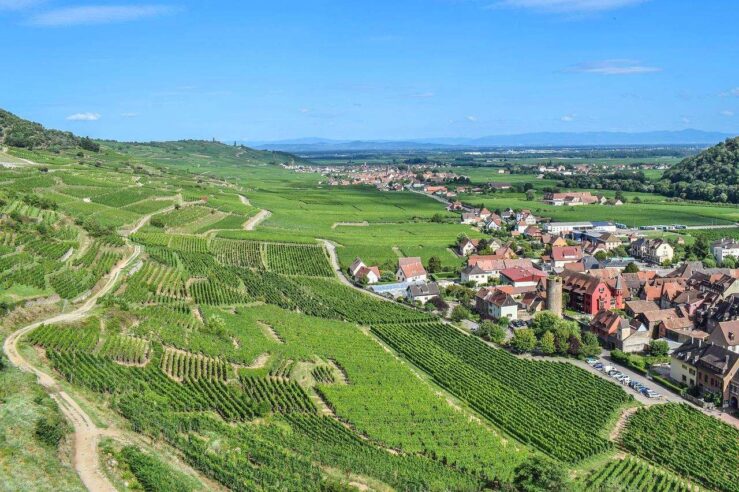 When planning your Alsace wine route itinerary, Colmar is without doubt one of the highlights. It is the epitome of the Alsace wine culture, and you will in addition to the wines find a range of local products including food specialities everywhere in the small boutiques and shops in town.

You may therefore choose to stay in Colmar on your Alsace wine route trip if you are interested in Alsace history, culture, and architecture, and at the same time want to stay in a famous and vibrant Alsace wine town with scenic restaurants and waterside cafés, lots of ambience and plenty of options to try the local drops. 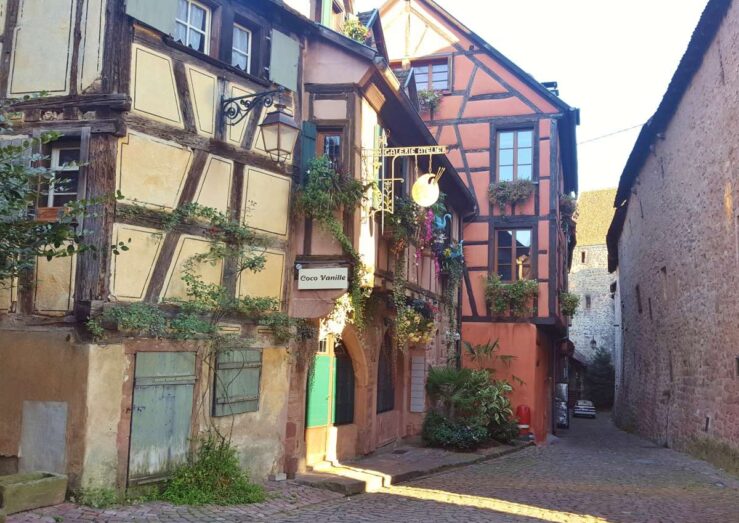 As soon as leaving Colmar, you will catch sight of vineyards as far as the eye can see. Going in a northerly direction following the Alsace wine route, La Route des Vins, will in little time lead you to picture-postcard Riquewihr. 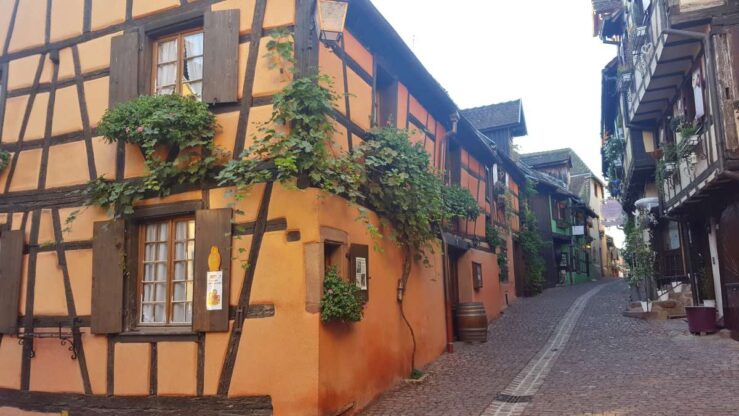 Riquewihr is a much smaller winegrowing community with barely more than 1200 inhabitants, a wine village where you will immediately find pure idyll in the cobbled streets of half-timbered houses with colourful façades. The shops here sell all kinds of local produce such as chocolate, gifts, art, and antiques, and of course wines! Ornate wrought-iron signs in front of the shops show what they sell. 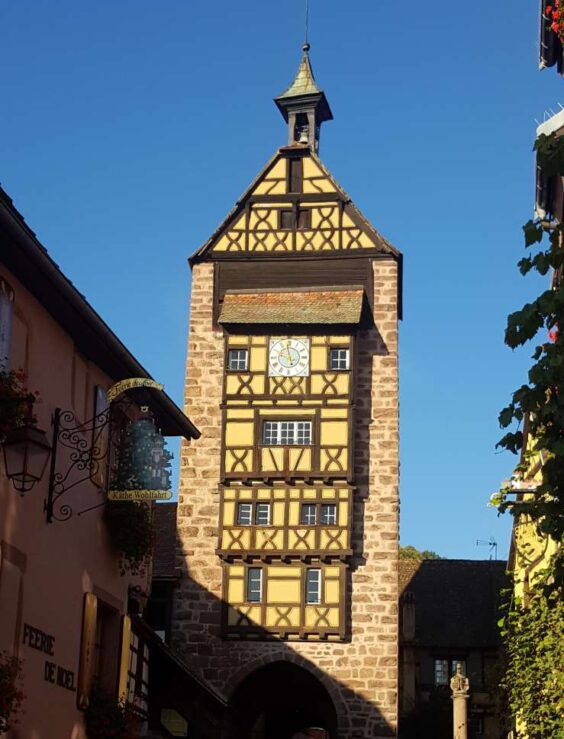 The village surrounded by medieval fortifications is one of the few towns in the area that was not too ravaged during World War II. In case you are interested in the war history, there is a museum telling the story of the World War in Alsace, as well as a torture chamber. 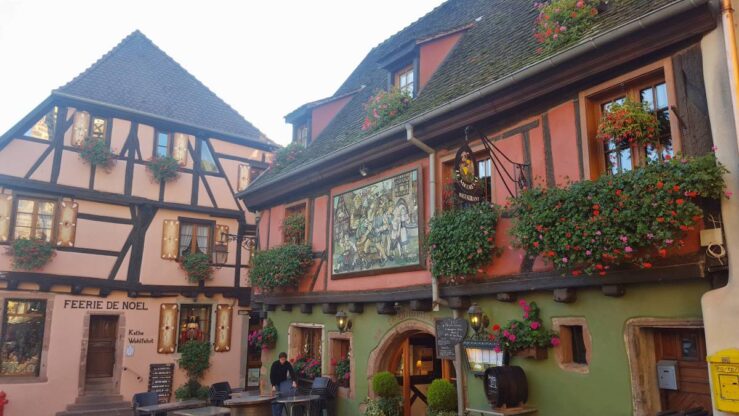 If you come during the harvest, the wine producers will be busy harvesting and transporting the ripe grapes back to their farms. Of course, there are plenty of opportunities to taste the local wine – both in the restaurants and wine bars, and at wine tastings at the Riquewihr wine producers where you can also learn about the winegrowing process and participate in a tour to the vineyards, or a visit to the wine cellars. 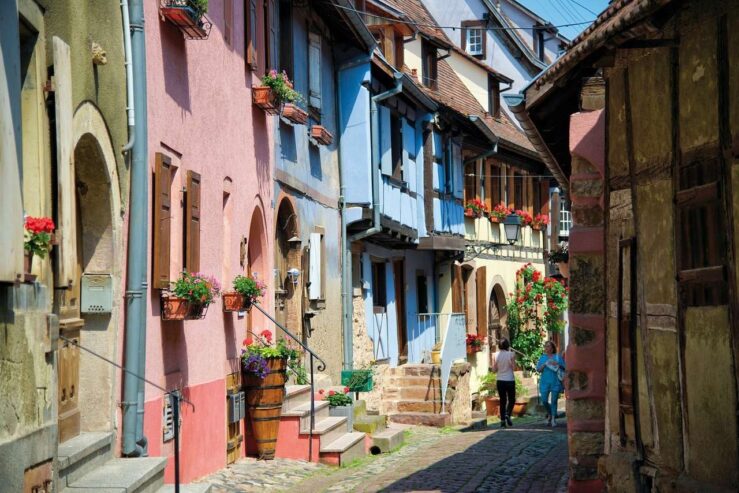 Around Riquewihr the vineyards continue nearly endlessly in the landscape, and even the steep vineyards above the village are a breathtaking scene. Once there you will understand why the village is a member of Les Plus Beaux Villages de France (the most beautiful villages in France). 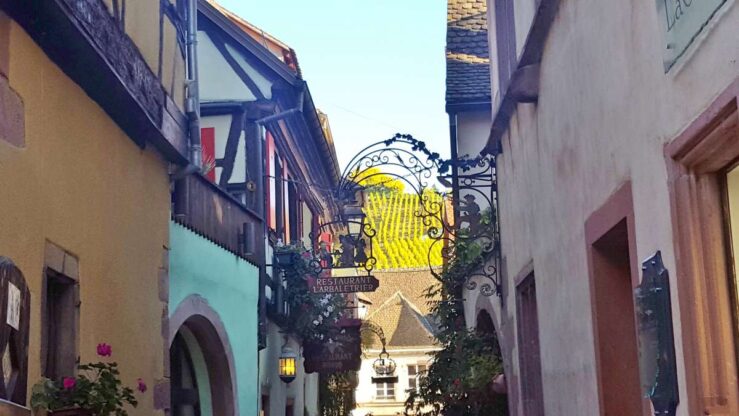 You may therefore want to consider making Riquewihr part of your Alsace wine route itinerary to experience the genuine atmosphere of a local wine-producing village that is one of the most idyllic half-timbered villages in France – a village where it seems that time has stood still for the last centuries. 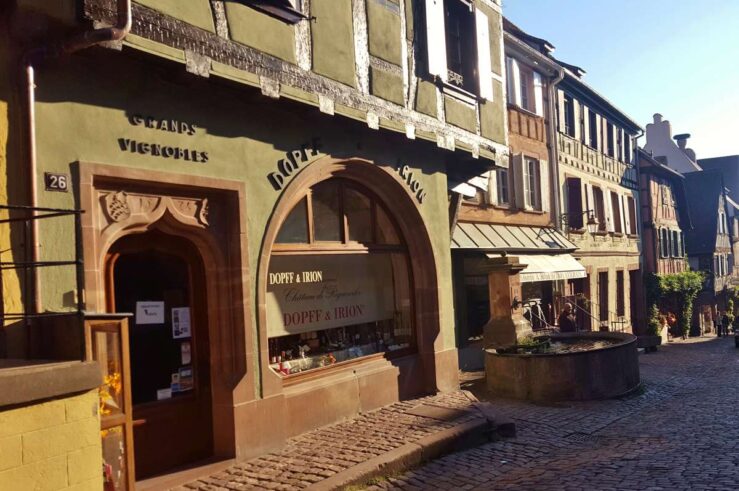 Read next: How to Spend 3 Days in Paris and Exploring La Camargue