↓
CYPRUS  Paphos Archaeological Park in Cyprus is famous for its outstanding mosaics that once covered the villa floors of the ancient Roman city. The motifs are gods, goddesses, and heroes from the mythology, as well as hunting scenes depicting the fascinating wild animals of antiquity.
Ainnelise Niyvold Liundbye
This page has affiliate links (if you purchase through our links, we get a small commission at no extra cost to you - thank you!), see our Privacy Policy & Disclaimer.
Table of Contents

-> Where to stay in Cyprus?

Paphos (in Turkish written Pafos) is a UNESCO World Heritage Site in Cyprus. In antiquity it was the centre of the cult of Aphrodite, and a temple in honour of the Greek goddess was erected by the Mycenaeans in the 12th century BC. Some kilometres from Paphos along the south coast, you will find the birthplace of Aphrodite, Aphrodite’s Rock.

Paphos Archaeological Park includes remains from the 4th century BC to the Middle Ages. It is both an ancient Greek and an ancient Roman city. Between the 4th century BC and the 2nd century BC, Paphos served as the capital of Cyprus. Moreover, it had great historical religious importance. The remains cover a very large area, and the site is still being excavated today.

Where to stay in Cyprus
Advertisement
Harma Traditional Boutique Suites modern apartments in Paphos with an excellent location – access to a garden, patio, and an outdoor swimming pool. Some units have a terrace and/or a balcony with sea or mountain views.

Old Port Hotel hotel situated in the old, historic town of Limassol with the Old Port, marina, and Limassol Castle right opposite the property. It is a vibrant neighbourhood with many restaurants and bars.

The archaeological site is also known as the Archaeological Site of Nea Paphos, meaning ‘New Paphos’, which is the part of Paphos located near the sea on the southwest coast of Cyprus. Nea Paphos was probably founded by the last king of Paphos, Nicocles, in the 4th century BC. Paphos Archaeological Park is one of the most important archaeological sites in Cyprus and it was included in the UNESCO World Heritage listing in 1980.

Most remains in Paphos Archaeological Park date to the Roman period. The site is particularly known for its outstanding mosaics which are world-famous for their beauty and architectural designs – every single one is a masterpiece! 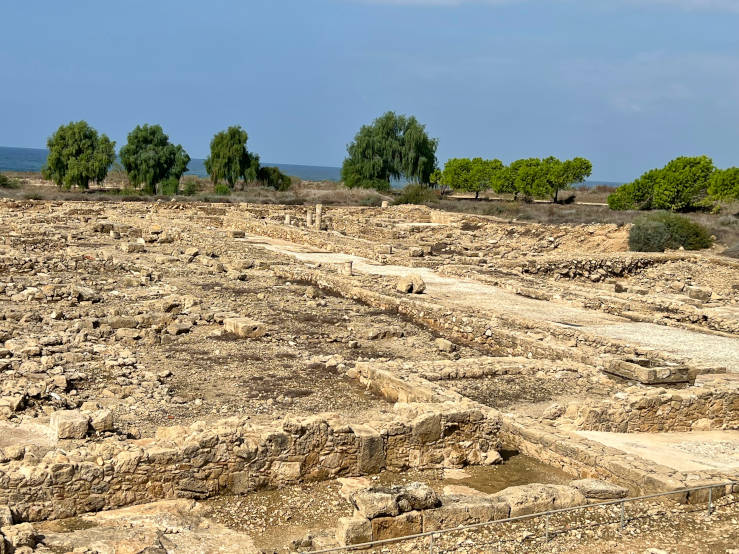 The site consists of several Roman villas and palaces, tombs, a theatre, an agora, a basilica, an odeon, as well as other significant constructions and monuments. The excavation of these have contributed to an understanding of how life was in Cyprus more than two thousand years ago. 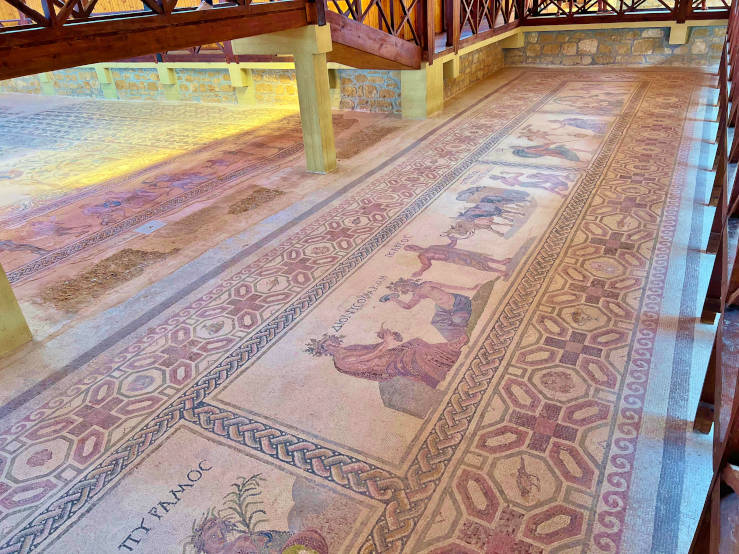 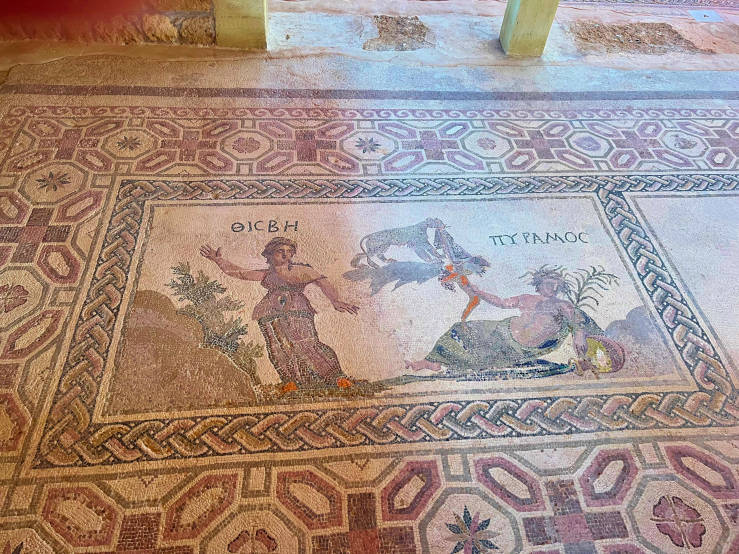 The most well-preserved mosaic floors are lively illustrations from everyday situations and the Greek mythology. They include symbols and representations of Greek heroes and gods. 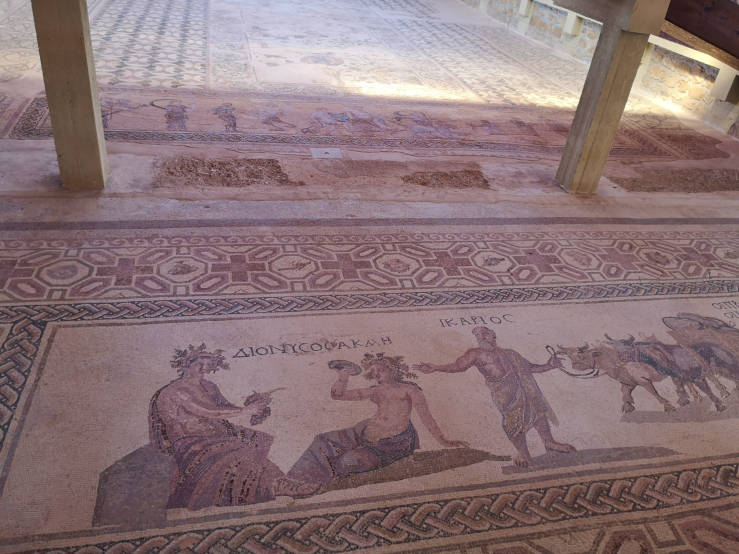 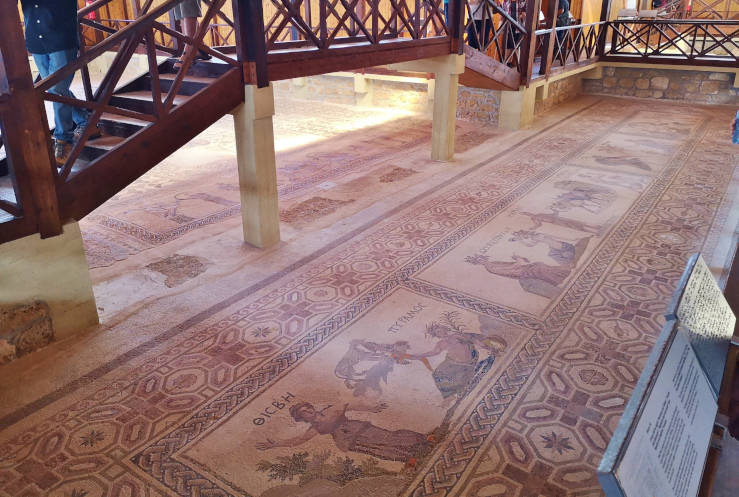 In the House of Dionysos, dating from the 2nd century AD, more than 500 square metres have been covered with mosaic floors with mythological motifs, as well as hunting scenes. Wild boars, tigers, bears, panthers, oxen, and deer are some of the animals depicted on the mosaic tiles. These are real works of art adorning the villa floors. There is also a floor made of seashells, representing the sea monster Skyla, which was uncovered below the Roman villa. It had belonged to an earlier villa in the same place. The god Dionysos, who was the Olympian god of wine, is also pictured in mosaic. 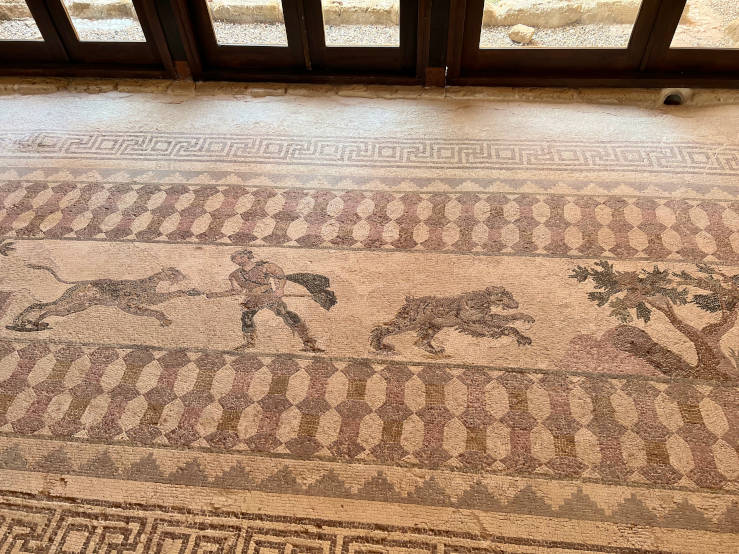 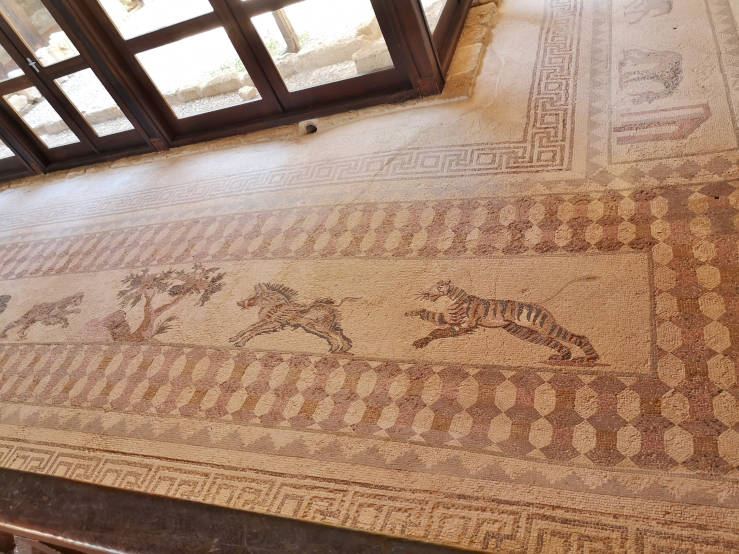 In the middle the House of Dionysos there is a courtyard, an atrium. As can also be expected, there are signs that the house has been exposed to several earthquakes over time.

3. Tombs of the Kings 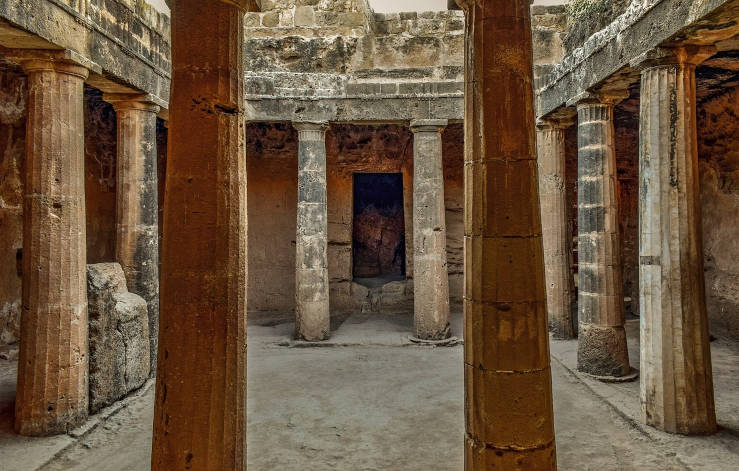 The Tombs of the Kings | Photo: Dimitris Vetsikas / Pixabay

In addition to Nea Paphos, the excavations include the cemetery, the necropolis, also known as the Tombs of the Kings (Tafoi ton Vasileon), about two kilometres north of the harbour.

The tombs are underground tombs that date back to the 4th century BC. What is spectacular is that they are carved out of the rock! Most likely the tombs have served as burial sites for aristocrats and other high-ranking people, although probably not including any kings – despite the name.

Southeast of Paphos in Palaepaphos (Old Paphos), the village Kouklia is situated. It is also in this area that the birthplace of Aphrodite and the remains of Aphrodite’s Sanctuary can be located. Her temple dates to the 12th century BC, when the Mycenaeans erected it. Aphrodite’s Rock is a beautiful rock formation in the sea that has become a symbol of the birth of the Greek goddess of love. It is today known as her birthplace. 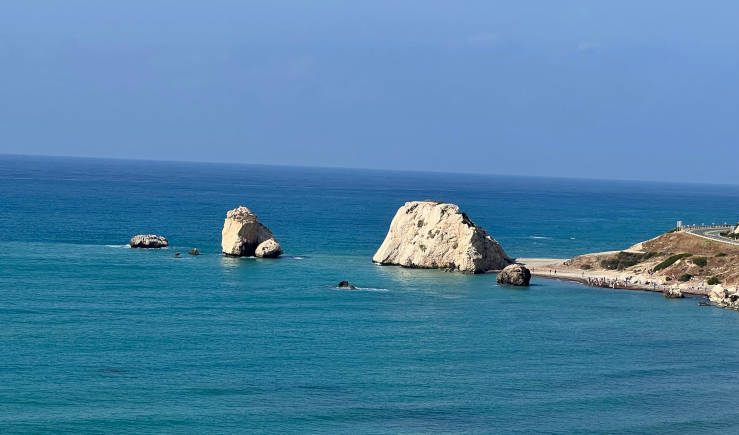 Paphos Archaeological Park is located at the lower part of town, Kato Paphos, below the streets stretching up in the hills opposite the coastline. It is today’s vibrant and modern part of Paphos where the streets are dotted with enticing tavernas and souvenir shops. 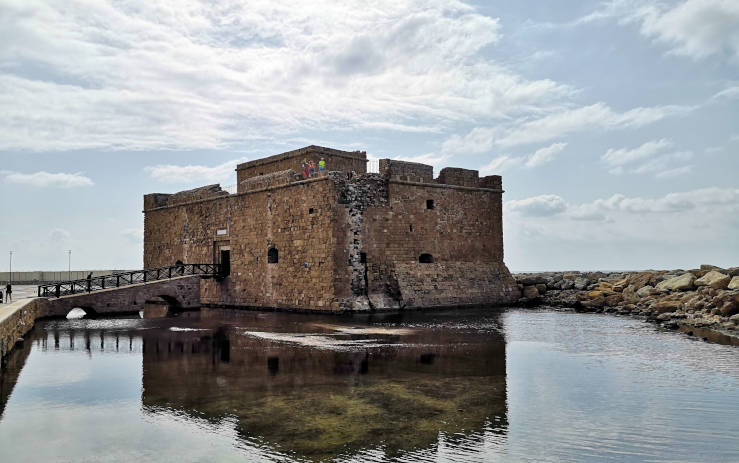 At the end of Paphos Harbour you can explore the medieval castle, a Byzantine fort that came into possession of both the Venetians and, later, the Ottomans. It is a massive construction with a courtyard in the middle.

Paphos is an idyllic place, especially around the harbour promenade, where you can take a walk and enjoy the atmosphere of a charming town with roots dating back to ancient Cyprus.

Read next: Travel Guide to Cyprus – 9 Things to Do and Hiking in the Bavarian Alps 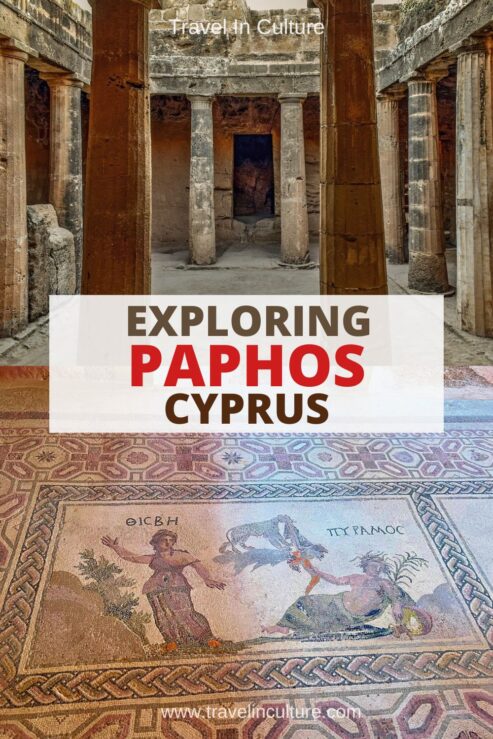