↓
BRAZIL  Copacabana Beach is the famous beach in Rio de Janeiro, located between powerful waves and elegant front-row houses with a scenic view to the Atlantic Ocean.
Ainnelise Niyvold Liundbye
This page has affiliate links (if you purchase through our links, we get a small commission at no extra cost to you - thank you!), see our Privacy Policy & Disclaimer.

Copacabana is the renowned beach in Rio de Janeiro, located in the South Zone of the city and flanked by a huge number of beach front hotels, restaurants and clubs. It is one of the hip places to stay in the bustling Brazilian metropolis.

The beach itself is a 4 km (2.5 miles) stretch of sandy space situated between Watchtower Two and Watchtower Six in this part of Rio de Janeiro. The first section of the beach at Watchtower One is Leme, another famous Rio de Janeiro beach.

The famous promenade between Copacabana Beach itself and the buildings on the other side is a popular, vibrant avenue, which is closed to cars on special days. In this way residents and visitors can enjoy more space for leisurely activities along the beach.

Both ends of Copacabana Beach feature historic forts: Fort Copacabana from 1914 and Fort Duque de Caxias dating all back to 1779. 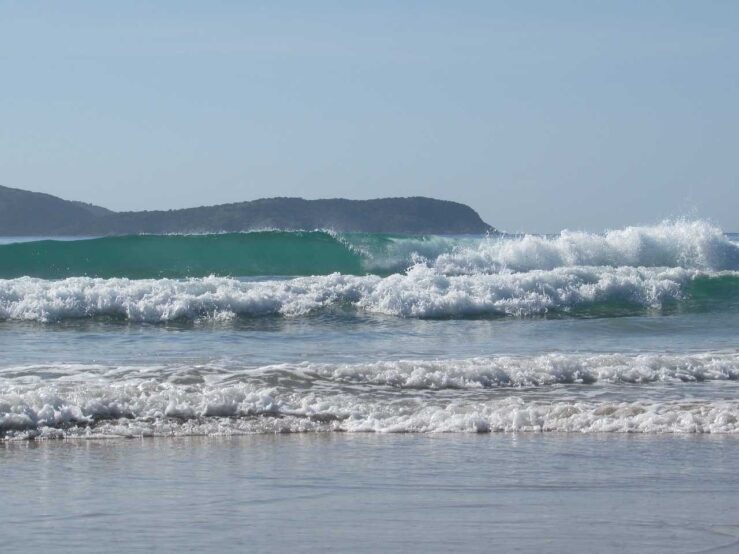 Although today very central to Rio de Janeiro and one of the big draws in the Rio tourism, it is not many years since the district was uninhabited and had a completely different character from what Copacabana now exudes.

Until the 20th century the neighbourhood only consisted of sparse farms and farmland on the area next to the ocean. The seashore was not yet inhabited. This was soon going to change, and during the first decades of the 20th century townhouses rose along the waterfront. Among these was the large and famous Copacabana Palace from 1923 which today still stands as a grand hotel, the Belmond Copacabana Palace. 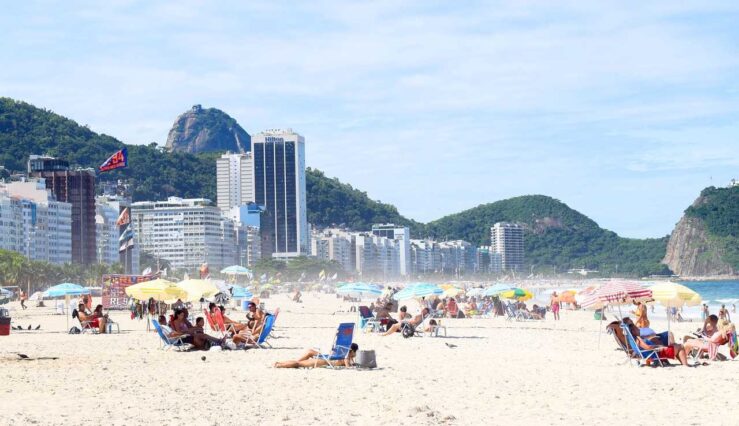 It became a retreat for the Brazilian upper class and celebrities, and later on the geographical area was extended to comprise the middle class as well. Soon it developed into a popular tourist summer destination with an extensive nightlife.

Although many tourists in general only know Copacabana as the name of the renowned beach, Copacabana is today an important neighbourhood of Rio de Janeiro. 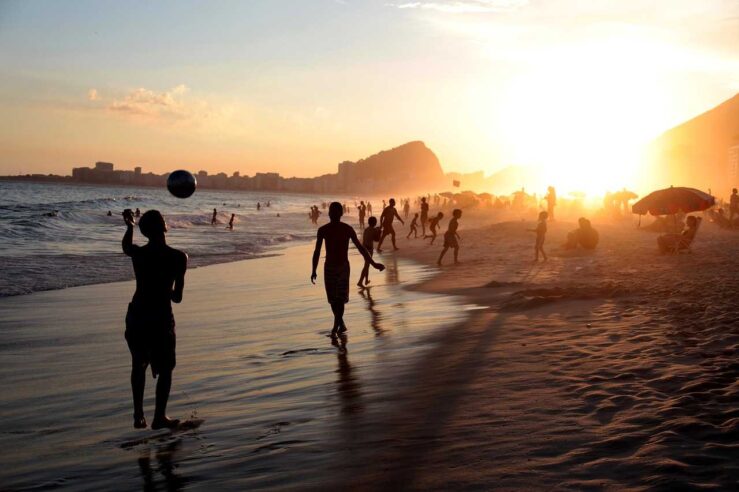 Throughout the years the beach area has been a popular location for important events. One of the remarkable concerts at Copacabana was the Rolling Stones concert in 2006, where 1.5 million Brazilian people gathered to attend the concert.

Another mega concert held at Copacabana Beach was the Rod Stewart concert on New Year’s Eve in 1994, which 3.5 million people attended! 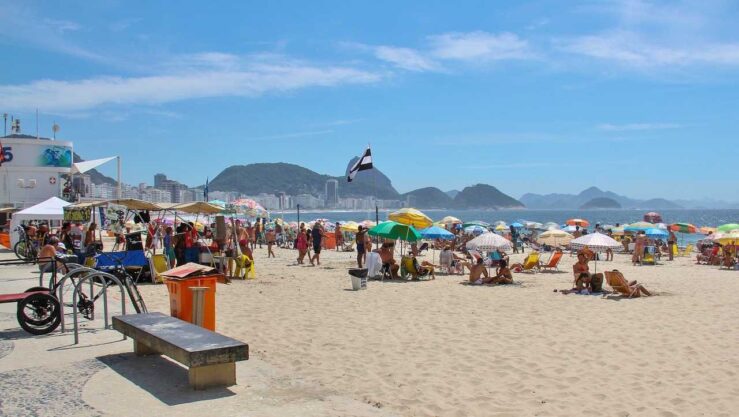 In fact, in more recent years Rio has become THE place to celebrate New Year’s Eve. An amazing firework explodes on the sky above Copacabana – probably one of the largest in the world – and a couple of million people usually gather here around the beach to view the spectacular show!

One of the major events on the Rio de Janeiro Beach took place in 2007, where the beach hosted the Brazilian leg of the worldwide Live Earth concerts. 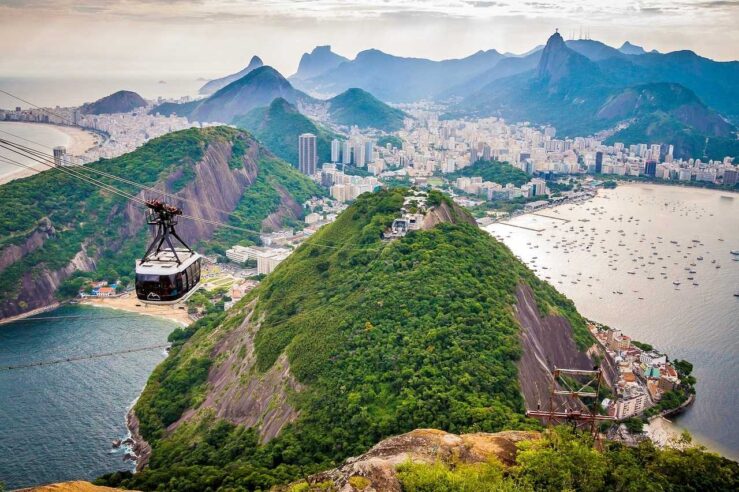 Visitors and locals can enjoy the beach all year round due to the tropical climate. The weather is relatively warm all seasons and the days are mostly sunny. This means that even in winter (which is June-August in the southern hemisphere) the temperature is still high enough to enjoy beach life here, although the beach is probably not as crowded as in summer. People still find their way to Copacabana with beach umbrellas, blankets and sunscreen. 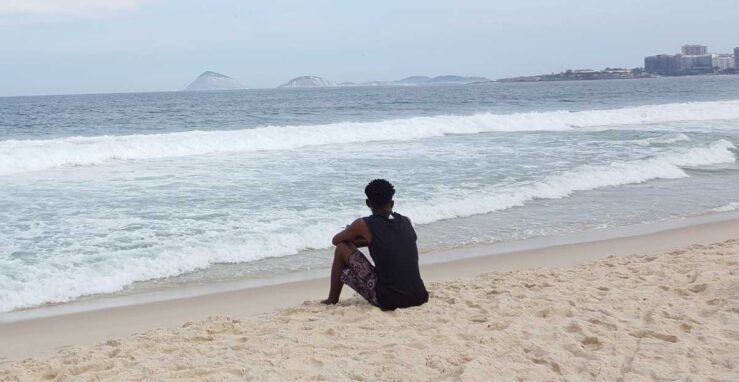 Copacabana Beach is wide and amazing with beach volleyball courts at the one side of the pristine sand. At the same time as playing you will experience the power of the rough ocean. The waves are considerable and according to the local Brazilians, it is not at all advisable to go for a swim! Anyway, it is absolutely fascinating to observe the strong waves. Now and then an extraordinary high wave approaches and reaches the beach with an immense force. It is quite a surfer’s paradise!

Also the odd seller walks along the sloshing waves with his frame of sunglasses, hats, imitation jewellery or whatever he attempts to persuade people to buy.

Regardless of which season you visit Rio in, the renowned, impressive statue, Christ the Redeemer, always rises way above the city and the beaches! 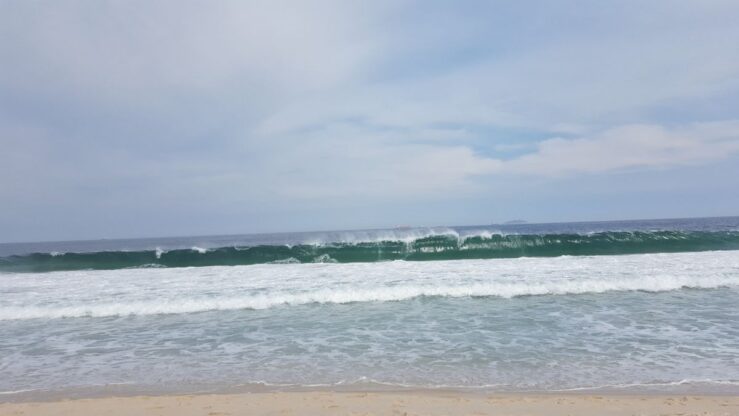 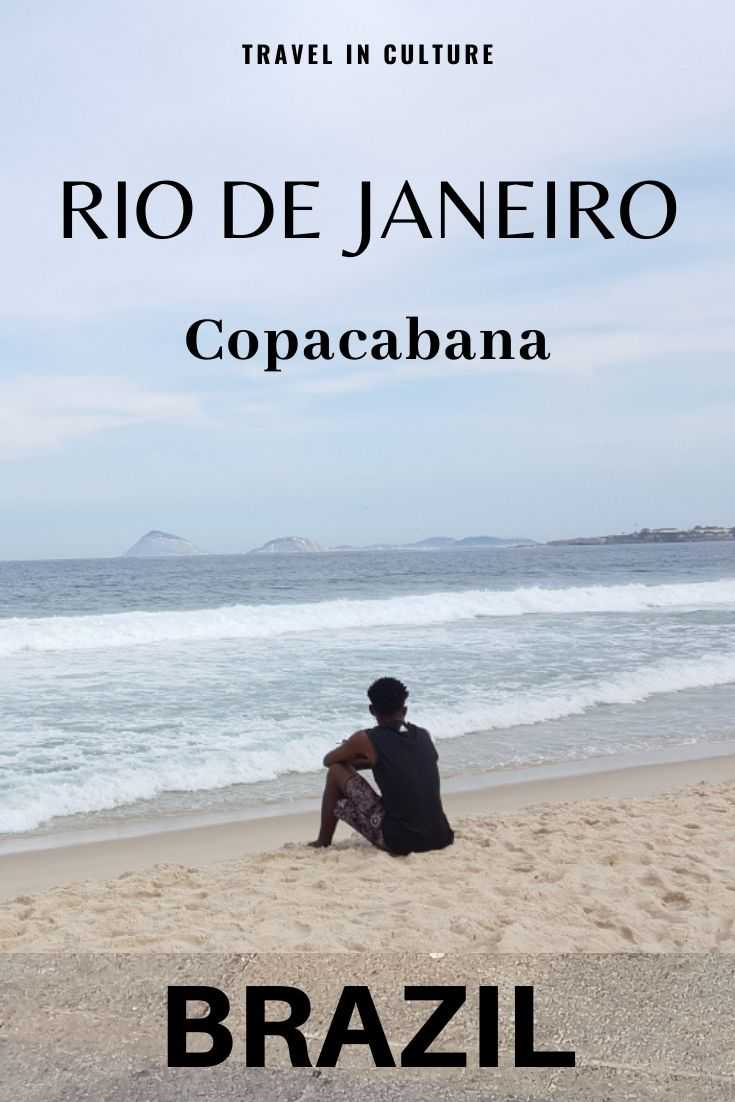 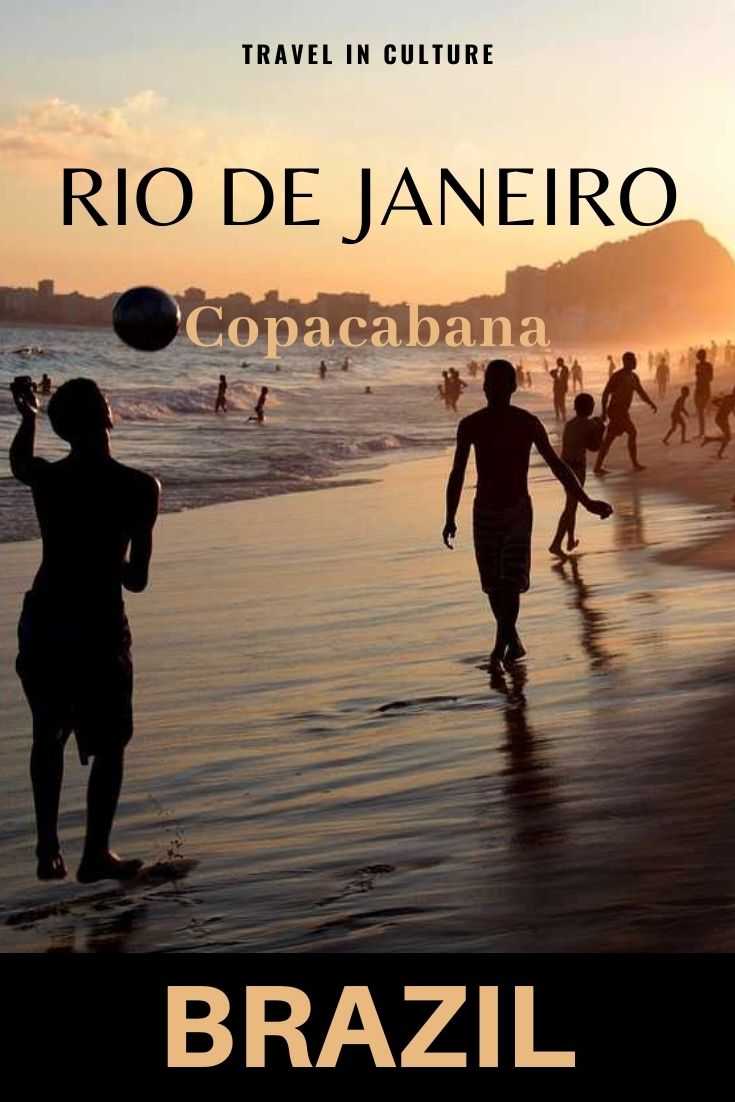