↓
AUSTRALIA  Melbourne is renowned for its striking street art all across the city. Some of the eccentric laneways are more tucked away than others, but they exist in such a number that any stroll most likely will reveal some of the wondrous murals. They are ubiquitous and have in recent years really become mainstream here in Melbourne.
Ainnelise Niyvold Liundbye
This page has affiliate links (if you purchase through our links, we get a small commission at no extra cost to you - thank you!), see our Privacy Policy & Disclaimer.

Eye-catching street art has over the last years become a vital part of the urban life in Melbourne. Among Melbourne’s hip cafés, prime galleries and sophisticated designer boutiques, you will most likely, sooner or later, stumble across the spectacular facades. The street art scene has developed to such an extent, that a visit to the city actually will not be complete without including a stroll around the colourful graffiti murals.

Inspiration for your Australia trip: Magnetic Island and Great Ocean Road and Sydney 1 day and 15 cool things to do in Melbourne

From initially being somewhat anarchistic, the street art discipline has during the last decades developed into being one of Melbourne’s highly respectable main draws. The murals have become a top sight included in the recommendations of most travel guides as a way to experience Melbourne’s cultural identity. 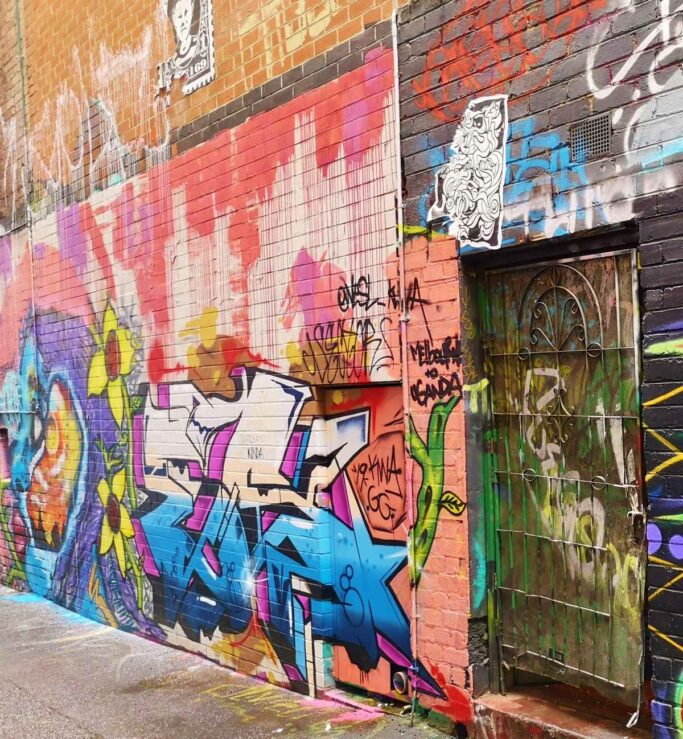 Around year 2000 there was a noticeable rise in the spontaneous Melbourne Street art performance. The subculture of decorating dull brick surfaces and spray-painting walls around Melbourne CBD really took off, and the metropolis got to experience a flourishing street art culture.

Now Melbourne is a genuine leader of urban art, comparable to other world-class underground centres like New York and Berlin. 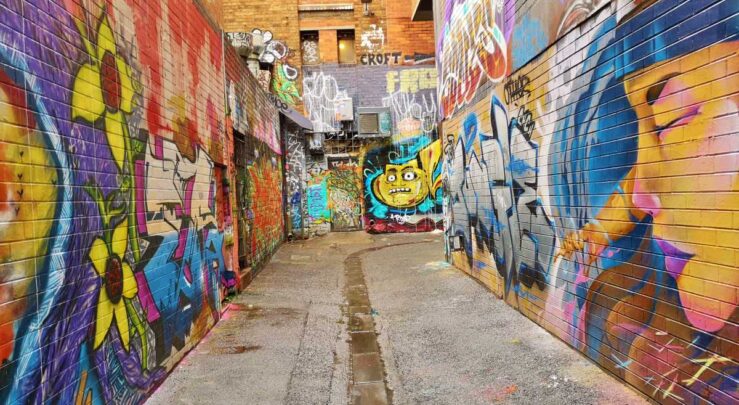 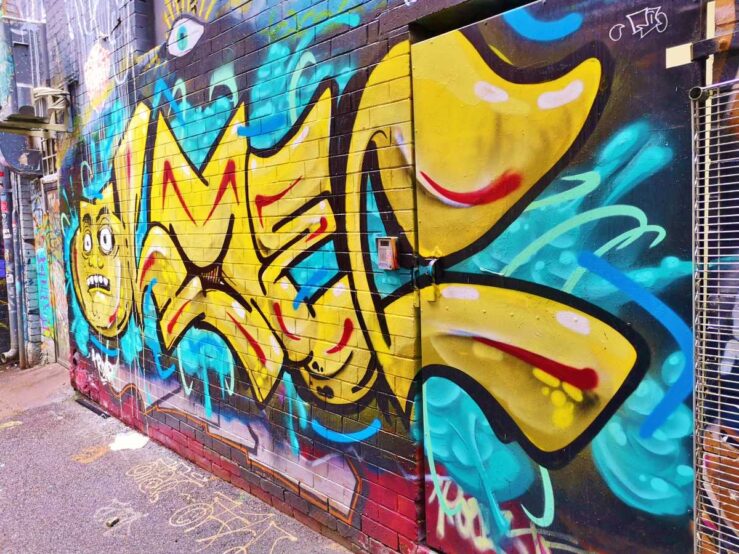 Is street art legal in Melbourne?

The artistic pieces of mural art are legal here provided they are approved by the property owners. They are now considered a positive contribution to the vibrant city by the City of Melbourne, who has even worked out a Graffiti Management Plan. As part of this, illegal graffiti faces skyhigh fines and even prison sentences of up to two years.

The works represent a unique approach to a kind of grassroots art, sometimes with a certain degree of activism involved. 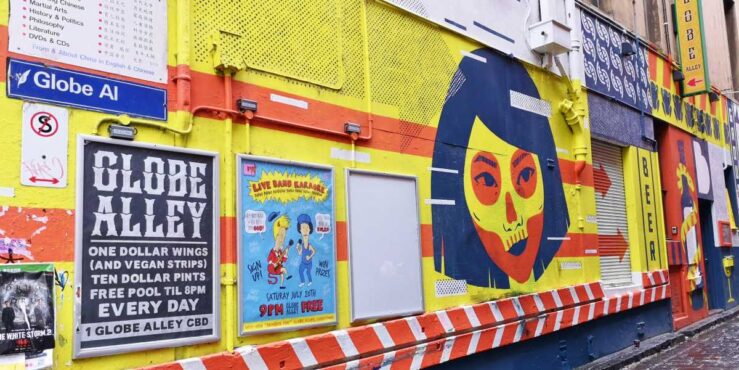 What you find tucked away in the narrow laneways is unarguably a true open-air gallery. No doubt it is the highlight to many visitors coming to Melbourne.

Either you do a tour of the artistic murals on your own, or you participate in one of the many organised tours – sometimes guided by one of the very mural artists – to get an insider’s view on the genre. In any case it is the fascinating soul of the city you get a glimpse of. 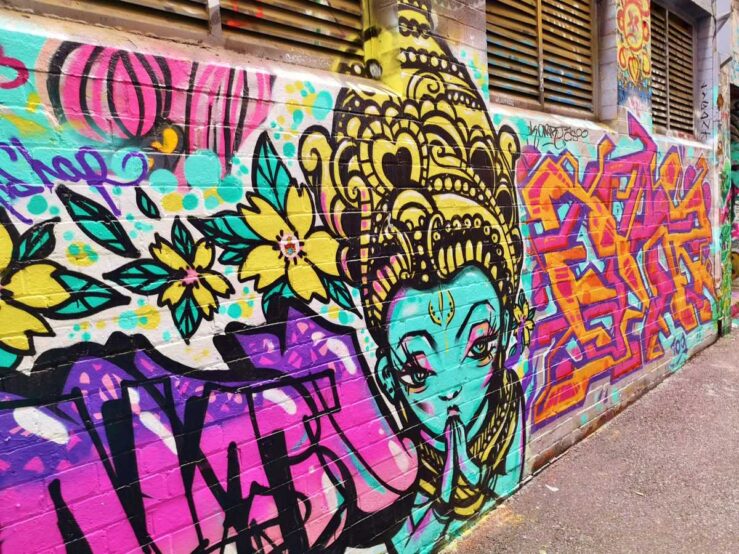 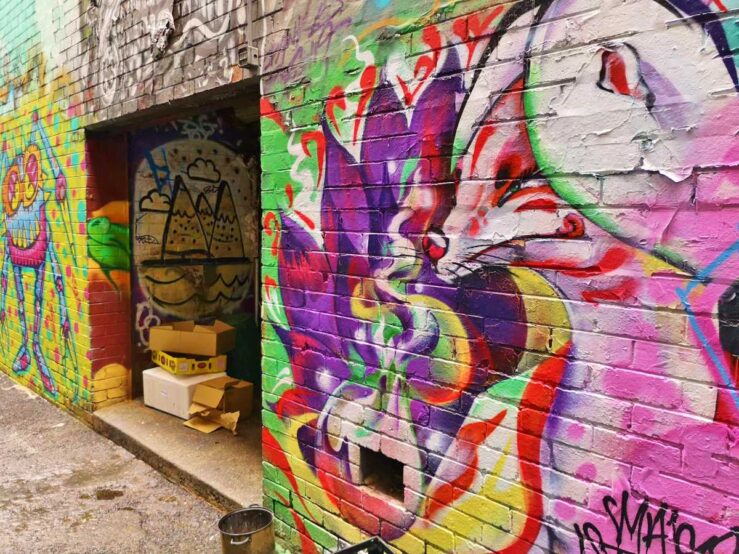 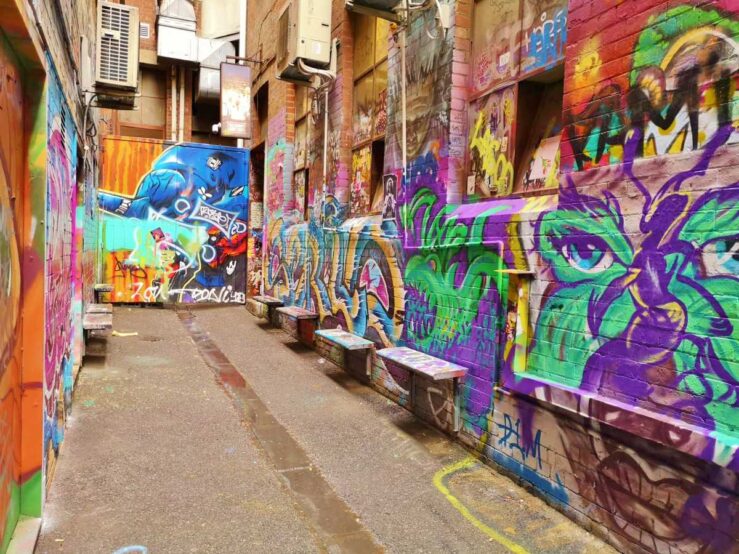 View on map
Where to see street art in Melbourne

To plan an itinerary that will allow you see some of these stunning masterpieces for yourself, you can for instance consider including these streets: Guildford Lane, Drewery Lane, Union Lane, Swanston Street, Queen Street, Caledonian Lane, Rutledge Lane, Little Bourke Street, Forum Theatre, Hosier Lane, AC/DC Lane, Duckboard Place, Strachan Lane and Croft Alley. It is unnecessary to say that there are of course many more! 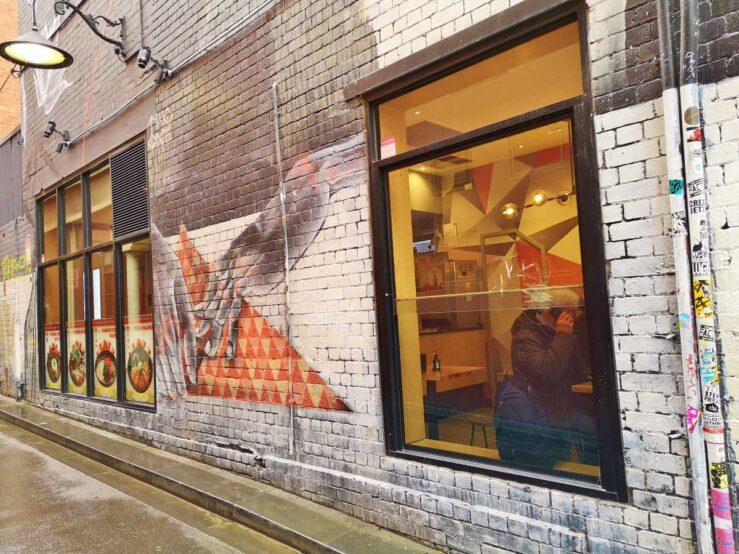 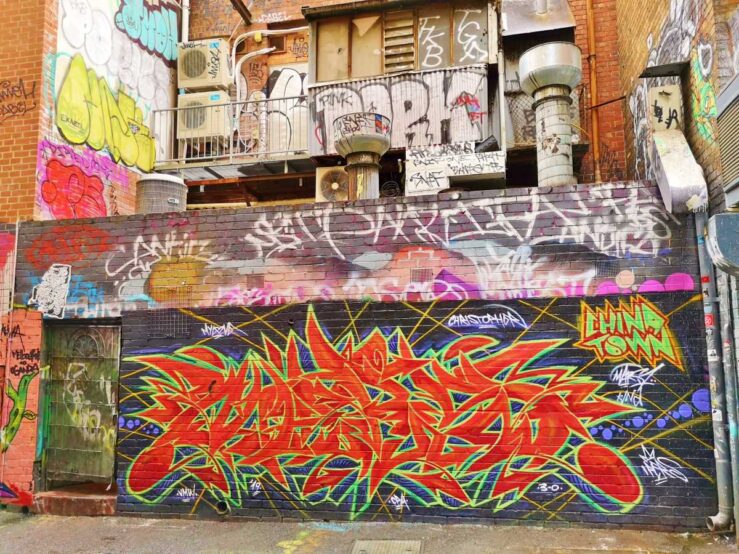 The vividly painted facades in the tranquil back alleys are remarkable in style and expression, and thanks to the growing trend, they continue to contribute to the vibrant subculture that Melbourne today is worldwide renowned for. 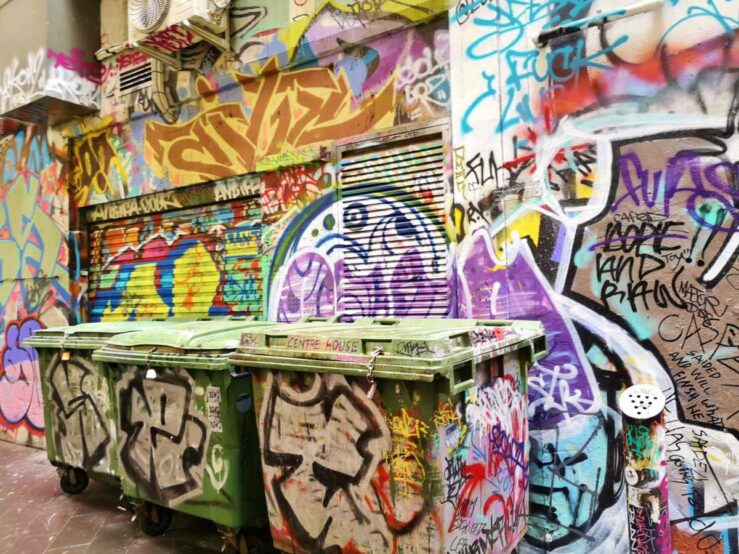 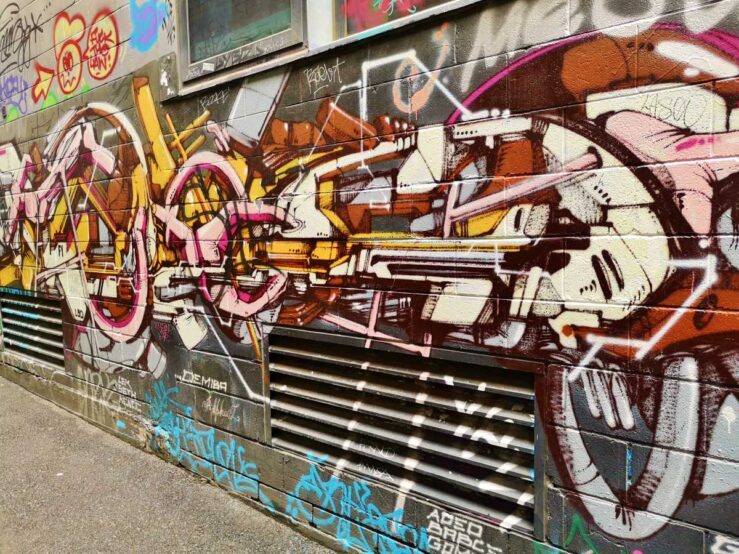