↓
NORWAY  A long time before the Vikings sailed out from Norway, the Sami people in the country located above the Arctic Circle, also known as Lapland, lived a traditional nomadic life as reindeer herdsmen, leading the reindeer herds across the tundra for the annual migration to lush grazing areas along the coasts.
Ainnelise Niyvold Liundbye
This page has affiliate links (if you purchase through our links, we get a small commission at no extra cost to you - thank you!), see our Privacy Policy & Disclaimer.
Table of Contents

Lapland is not defined by political borders, but by the Sami people in Northern Norway, Northern Sweden and Northern Finland as the region of their natural land. Their culture has existed for thousands of years – and although a bit different, depending on time and location, across the vast Lapland, they are all unified by their simple and nomadic way of life, as well as their addiction to and passion for the reindeer! 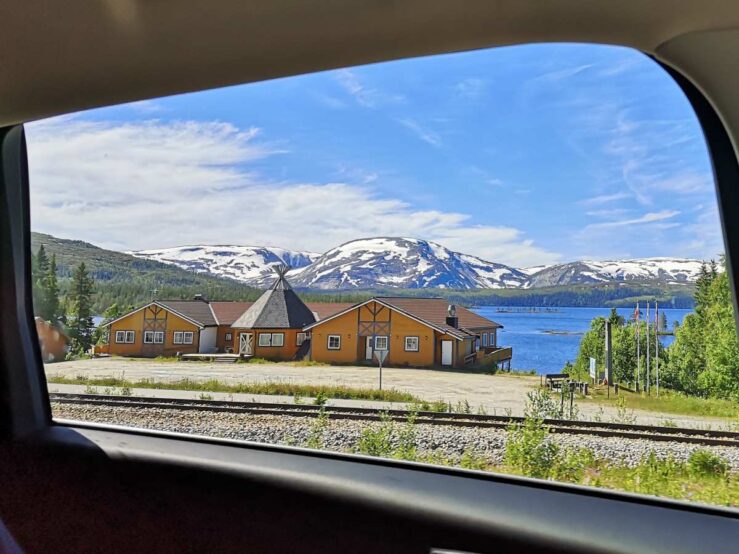 The Sami settlements could be found anywhere in the wild landscape characterised by tundra, mountains and snow. This was where reindeer husbandry took place, and the Sami people of Lapland developed their culture. They had and still have traditions of drying, smoking and salting their food.

Also the traditional Sami song, joik, is still an essential part of the culture – like Sami handicrafts and cooking. 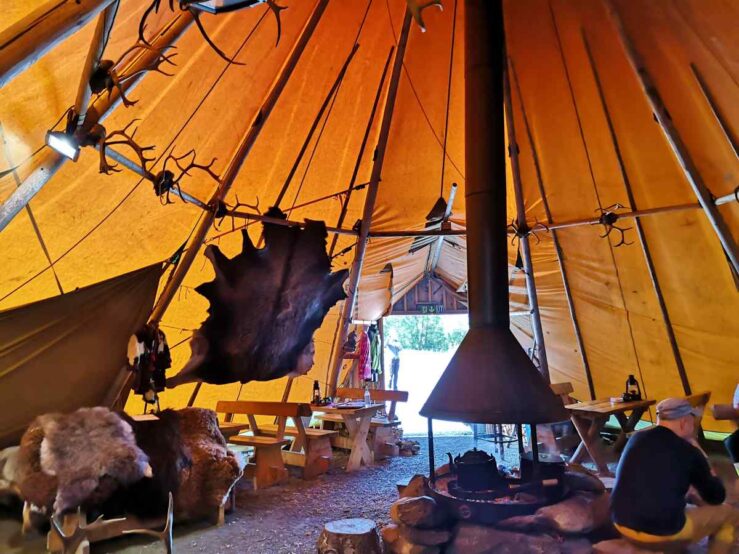 1. The Sami of Lapland

The indigenous Sami people are endemic to the northern parts of Scandinavia – Norway, Sweden and Finland, as well as the Kola Peninsula in Russia. This area is also known as Sápmi.

Traditionally, Lapland and the Sami people hold on to their cultural heritage, and the Sami language is also an official language here. When driving around in Lapland, you will notice that the signposts are both in Norwegian, Swedish or Finnish – and Sami! 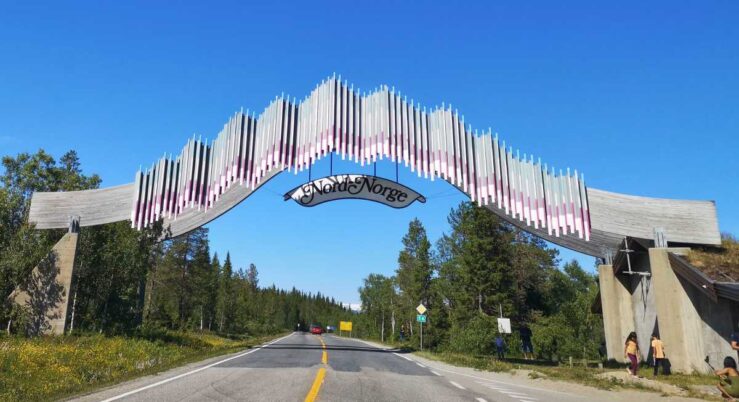 The indigenous language is absolutely unique. Actually, there are nine Sami languages still being spoken in Lapland, and they are quite different. A local speaking one language doesn’t necessarily understand Sami people speaking one of the other existing native languages. For example ‘greeting’ is dearvvuođaiguin, varrudagáj or jijnjh heelsegh, depending on which Sami language you speak, or where in Lapland you are located. Another example is ‘have fun’ which could be saddá somá, suohtas sjaddá or luste sjædta depending on the specific language.

The original people traditionally followed the animals on their seasonal migrations, having a specific winter location, other calving and autumn grounds, and again distinct summer grounds. They brought their mobile tents, lavvus, with them during the eight seasons defined by the reindeer annual cycle (they have twice as many seasons as our four conventional seasons). 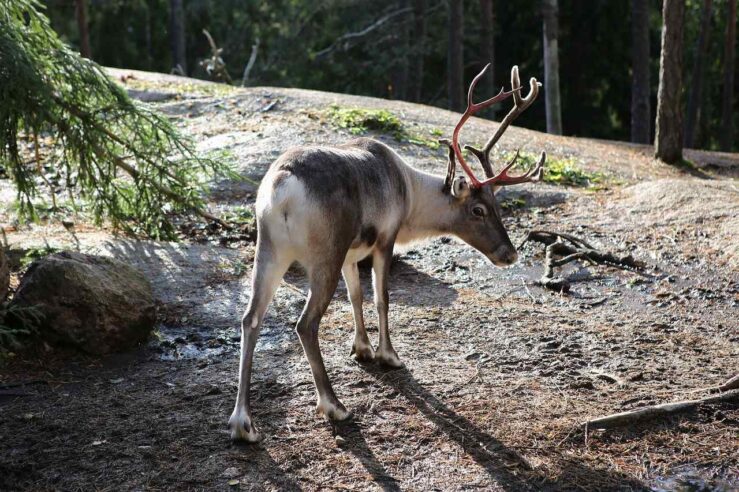 Another kind of traditional dwelling is a goahti, a permanent cone shaped structure with a timber frame filled with peat or turf.

In general there were a number of rules and customs the family life would follow. Inside the goahtis / lavvus the goddesses were represented, among others the hunting goddess. She was also the goddess who saw to the birth of boys! During the reindeer hunting season, children and grandparents stayed at home in the goahtis. Visitors who found their way to the goahti would be seated on the right-hand side of the fireplace. 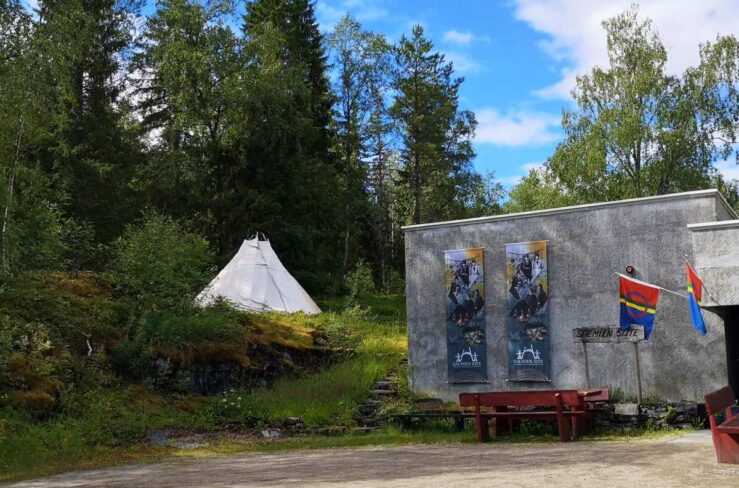 Until recently the indigenous culture was suppressed – even in the central parts of Lapland! Nevertheless, it is now considered an important cultural heritage, and original traditions are maintained whenever possible, for instance at the annual festivals taking places around Lapland. According to some sources there are still around 30,000 – 40,000 people with Sami roots here in Norwegian Lapland!

Today, the Sami culture has to some extent adapted to modern life. Some (a few) are still proper reindeer herders with a reindeer husbandry, whereas others have transformed their primary occupation into being farmers, hunters or fishermen. 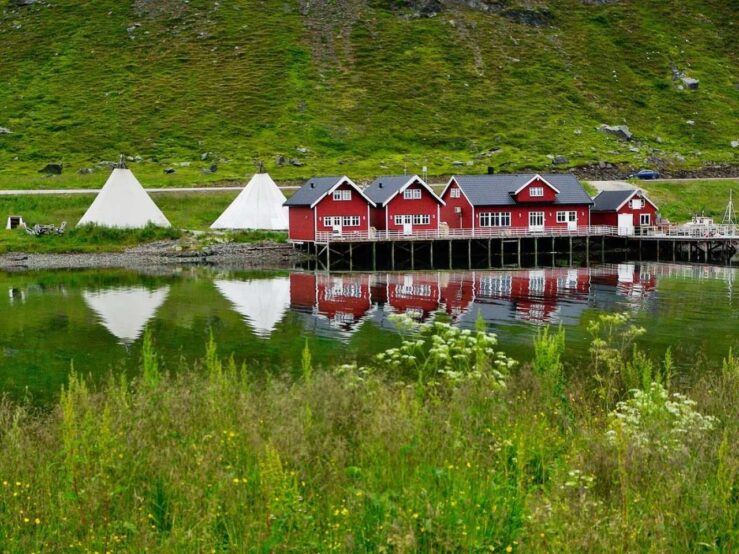 Quite a few of the traditional Sami people have also moved to the towns of Northern Norway, creating a new and different lifestyle there.

The Sami people don’t exclusively exist in the very north of Scandinavia. In Norway there is also the Southern Sami people living as far to the south as Engerdal with Snåsa as the main town in the Norwegian Southern Lapland. 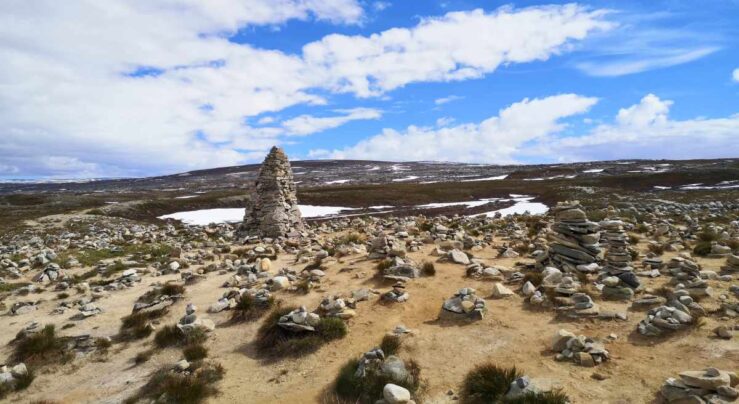 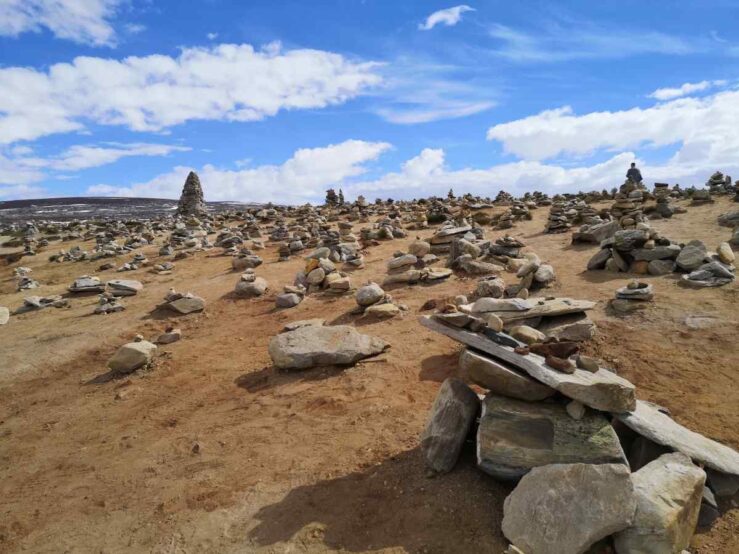 Research has revealed that quite a few Norwegians in Northern Norway, even in the Lofoten Islands, have native roots – maybe even without being aware of it!

The Sami National Day, Sámi álbmotbeaivi, is celebrated every year on 6th February – an event which still unites the Sami people across Lapland. For this celebration you will be able to experience the authentic culture, including the traditional joik, the special indigenous singing style, which continues in Lapland as a living tradition. 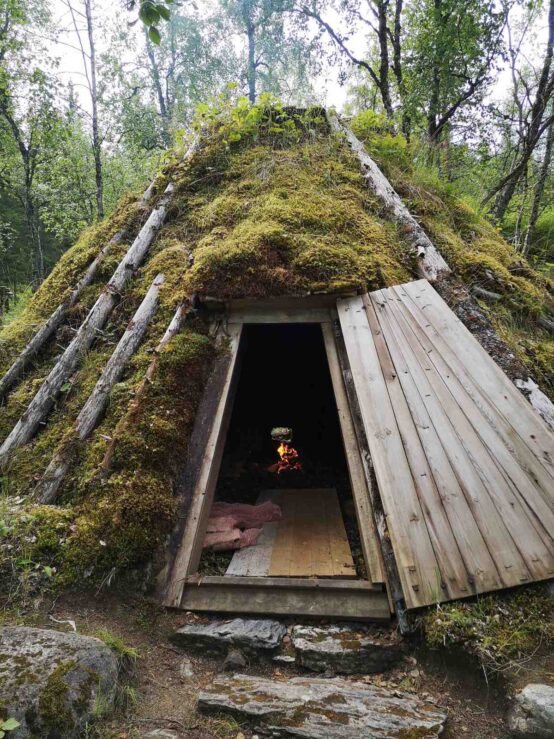 2. Where to visit the Sami people in Lapland

Alta is a gateway to the authentic culture and communities in Northern Norway.

Try for instance a local experience in Sorrisniva, located 20 minutes from the centre of Alta. At the site you can stay in the world’s northernmost ice hotel, go on a snowmobile safari, stay in a tent in a Lavvu camp, try ice fishing, experience the Northern Lights, jump on a reindeer sleigh and much more.

You could also visit the Sami Siida and try a reindeer ride, experience the traditional joik and storytelling, learn about the Northern Lights and taste traditional food! 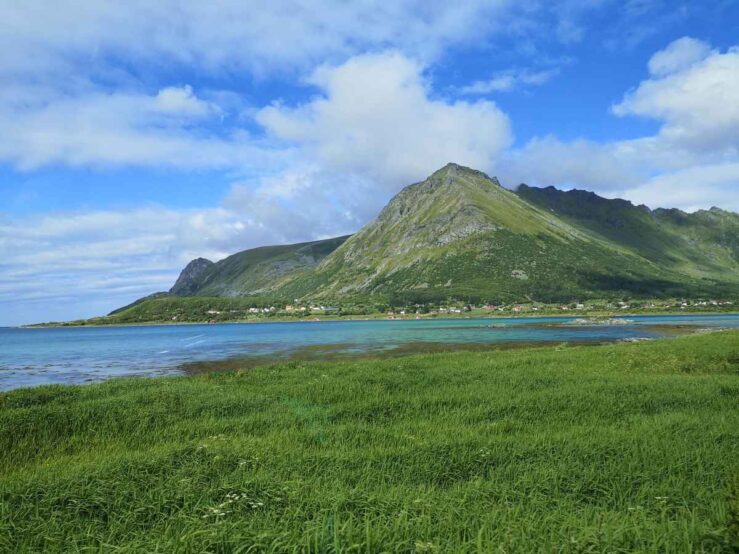 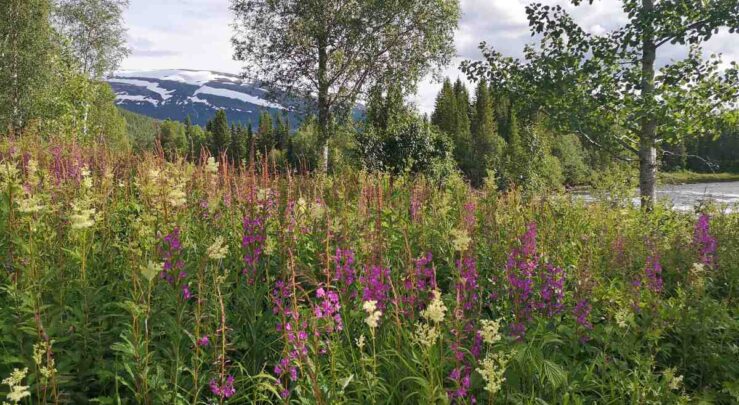 Visit the small town Karasjok, south-east of Alta, close to the Finnish border. The community is home to the Norwegian Sami Parliament, Sametinget, which opened in 1989. It provides the native Lapland people with a cultural autonomy through 39 representatives.

Kautokeino is one of the traditional Sami towns in Northern Norway, located south of Alta. Visit the Kautokeino cultural centre comprising a number of cultural institutions, including the Nordic Sami Institute. In Kautokeino the vast majority speak Sami as their primary language. In fact 90% of the population here are indigenous! 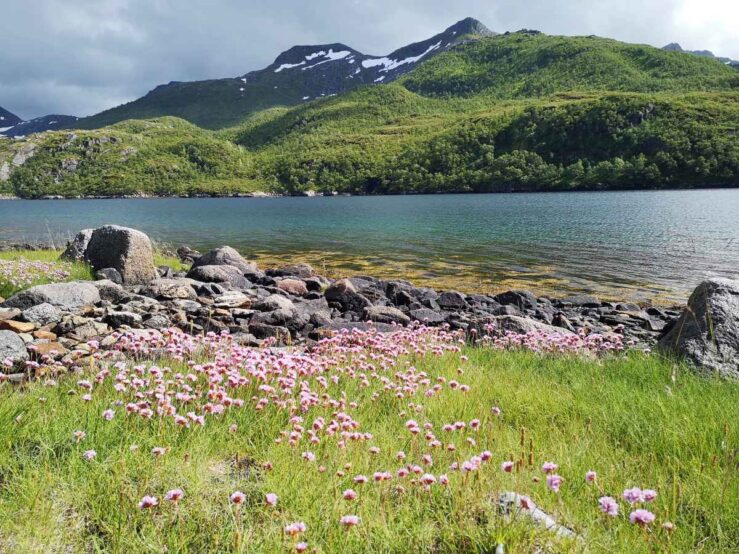 Attend the annual Sami week in Tromsø with reindeer racing through the streets and exciting lasso-throwing contests. Moreover, local language courses and concerts, as well as lavvus erected in central Tromsø, are all part of the winter market taking place here during the week including the 6th of February, the Sami People’s National Day.

If you would like to see reindeer in the wild, you may head to Kvaløya just off Tromsø. Here it should with a bit of luck be possible to spot a few reindeer – even sometimes along the road!

You may also learn about the indigenous culture at Tromsø Museum. Anyway, a visit to Tromsø is really so much more, and you can easily spend a few extra days here exploring the fascinating Arctic city!

Where to stay in Tromsø
Advertisement
Comfort Hotel Xpress Tromsø is an eco-certified hotel in central Tromsø close to the Polar Experience Center and the Hurtigruten Terminal. Some rooms offer a sea view. Convenient 24-hour lobby shop where you can buy breakfast items and snacks.

Enter City Hotel is a centrally located hotel near Storgata pedestrian street and just 200 m from Tromsø Cathedral. Near the Polar Museum and the Polaria Aquarium. Rooms have a fully equipped kitchen or kitchenette.

At the Saemien Sijte you can learn about indigenous traditions, history and culture, as well as experience the local way of life. There is a museum with an exhibition covering the development of the Sami culture, clothing etc., right from the age when the people were true bear hunters – till modern times in the Norwegian cities today. The visit includes watching a film about the reindeer and the annual reindeer husbandry cycle. You will also learn about the traditional family life inside a grass hut (‘goahti’). 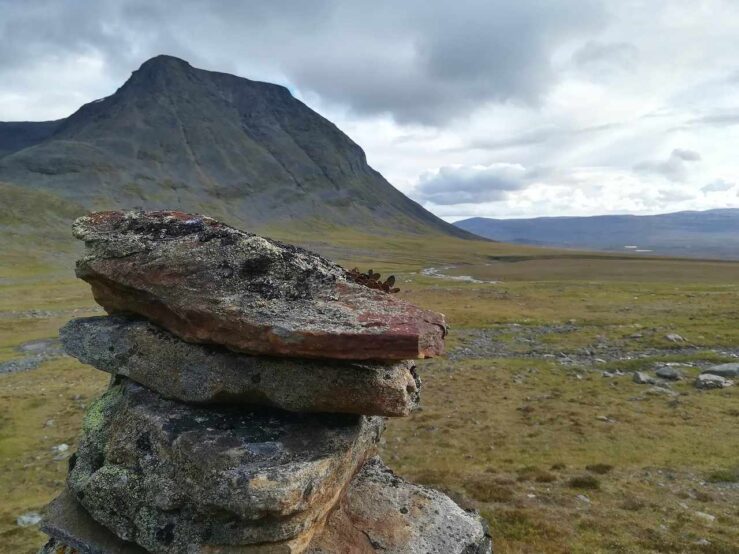 You will find this Sami site near Sortland in Nordland. It is located on the island Hinnøya near the Sortland bridge in direction of Andenes and Andøya. Visit a Sami family with a 150-year long tradition of reindeer herding.

Here you can learn more about the Sami culture and way of life, meet reindeer, experience storytelling, sit at the fireplace in a lavvu, the typical Sami hut, stay overnight and try authentic food.

Hike on Saltfjellet at the Arctic Circle monument. Here you will find traces of the Sami route when herding the reindeer across the mountains for the annual migration. You will be stunned by the breathtaking landscape!

Heia is an awesome shop along the main road at Storsteinnes, selling all kinds of products: reindeer fur, antlers, sausages, clothes, knitwear … you can really find anything here! It is an excellent stop on the way to or back from Northern Norway. 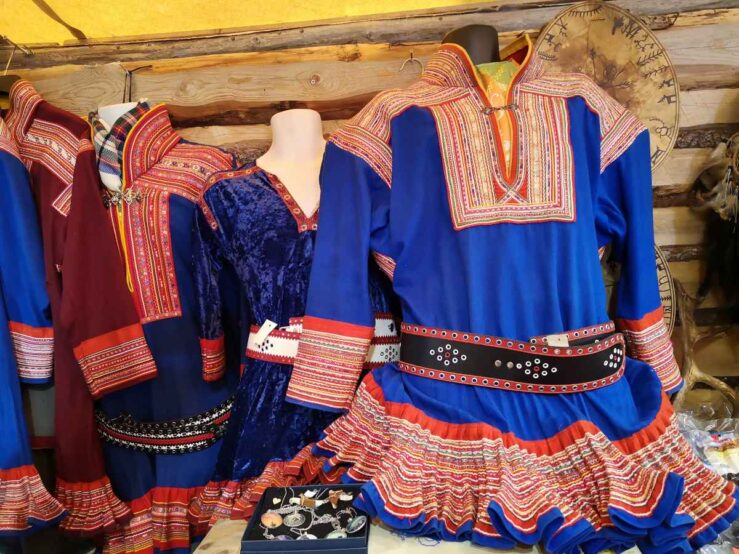 For a Sami vacation – participate in one of the annual festivals, either in Tromsø (the Sami week), or the Riddu Riđđu annual July music and culture festival in Manndalen at Kåfjord on the shores of the Lyngenfjord – with workshops, markets, film, theatre and art exhibitions.

Continue to Sweden and visit the winter gathering point in Swedish Lapland, the Jokkmokk winter market. It is a 400-year-old market for the Sami people with folk music, parades, dog sledging, local food and much more. It is known for being very cold – down to 40 degrees centigrade below zero! 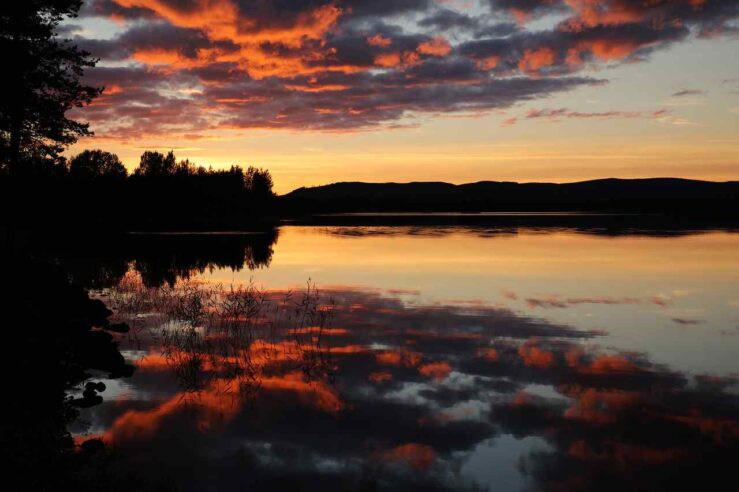 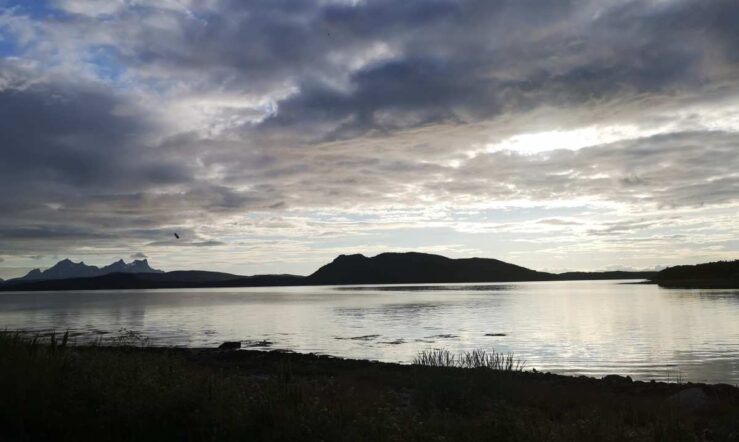 3. Where to stay in Lapland

Visit the Sami People in Lapland 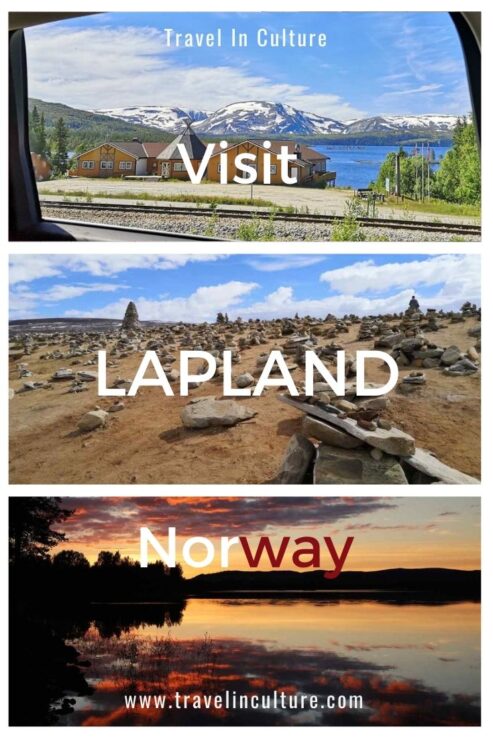 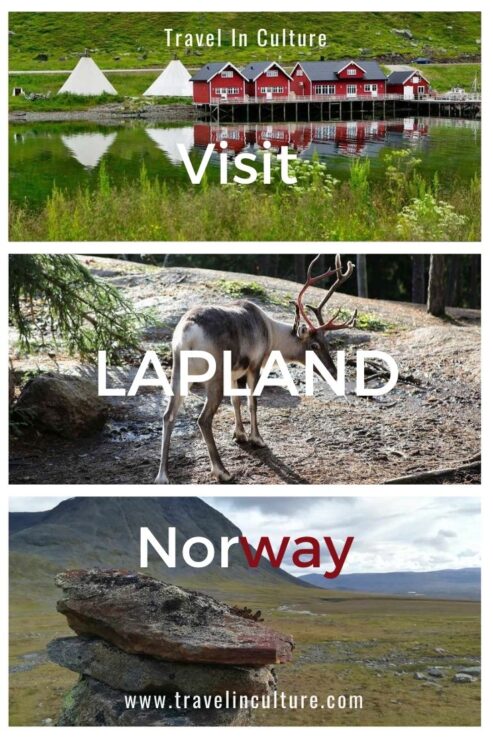 Going to Oslo? Then read What to Do in Oslo?

Would you like to get inspiration to visit Røros mining town? Then read Explore Røros Mining Town 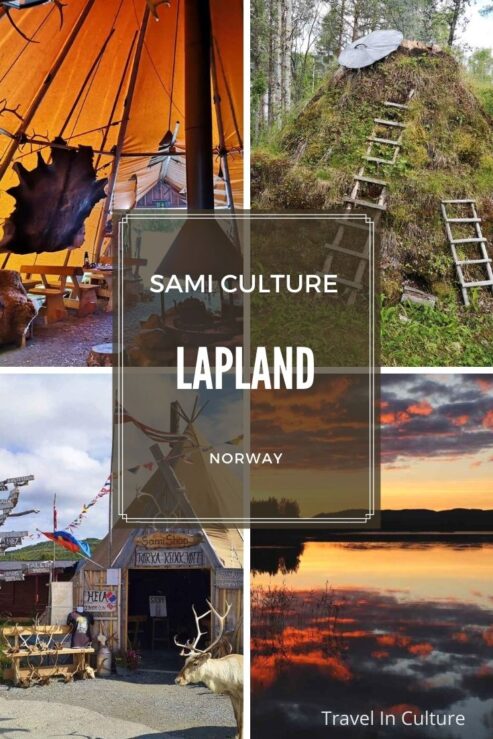 Featured image of
Visit the Sami People in Lapland:
Travel In Culture